Tom Bradby is not Tom Brady. During the Super Bowl Sunday night — and all throughout Monday — Bradby, a political editor at ITV News, has been mentioned in numerous tweets meant for New England Patriots quarterback Tom Brady, who was crowned the Most Valuable Player of the game.

Most of the tweets from users, who appear to be angry about a first-quarter interception, aren’t exactly safe for work, but here are some tame ones:

The @packers played a good game. To bad @tombradby is such a loser.

HOW IS HE MVP @tombradby

NOOOOO!!!! You can't start the game like that @tombradby #SuperBowl49

CONGRATULATIONS TO THE MOST HANDSOME & TALENTED QUARTER BACK IN NFL HISTORY @tombradby , YOUR'E MY HERO ❤️

@tombradby is the best Quarter back of all time & he has direct Bay Area ties, just like the second Greatest. #hurtstosay 16 4evr

MY HATS OFF TO TOM BRADY. GUY TAKES MAD HEAT FROM EVERYONE EVEN FROM ME BUT DAMM MAN. YOU ARE A PROFESSIONAL FOR SURE @tombradby

Bradby responded to users who tweeted NSFW comments and had some fun with the whole mixup:

And for the record, I have never deflated any balls.

Apparently, the consensus is I played really well last night. Thanks to my fans for all their tweets. 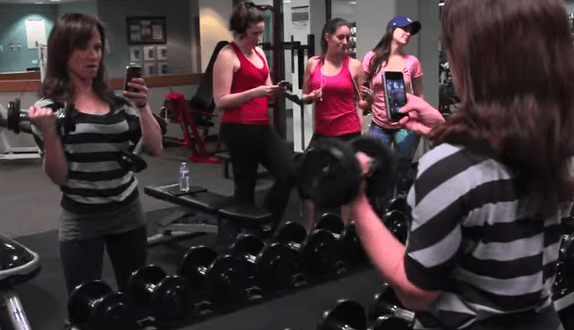 This Hilarious Video Calls Out Everyone Who Spends Too Much Time Texting at the Gym
Next Up: Editor's Pick