What We Learned Talking to Ben Carson's Director of Campaign Culture

As a neurosurgeon with no prior political experience, Ben Carson is already one of the most unusual potential Republican presidential candidates in the field.

But with one of his first staff moves, he’s also showing his campaign will be structured in an unorthodox way too.

Carson has tentatively hired Doug Hanson, a professional motivational speaker or “transformation coach” as he prefers to say, to be his “director of campaign culture.”

TIME spoke with Hanson to find out exactly what the job entails and what it’s like to work for Carson.

On being director of campaign culture: “It’s my job to maintain a culture within our team that matches the integrity and character of our candidate, Ben Carson … When you think of a motivational speaker being involved in campaign culture you immediately go to the rah-rah side, which is definitely part of it too — we’re going to try to have a lot of fun and a lot of good energy and positive stuff. But it starts with that message of how Ben behaves and how he represents himself.”

On his philosophy of the campaign: “We can’t guarantee an outcome, but we can guarantee that we as a campaign are going to make an effort to make this a really good experience for everyone involved, that’s positive and uplifting and hopefully even life-changing. So a lot of the times if I go to a campaign office, the plan won’t always be to build up Ben Carson in their minds. Sometimes the plan will be to do some of my content from a motivational seminar. Simply nothing more than, ‘Hey here’s how to be happy, here’s how to live a successful and happy and fulfilling life,’ so that they get some good benefit out of it independent of the results of the campaign.”

On how he’s going to inspire the team: “We’re going to send daily emails with motivational quotes or comments. In the beginning, weekly videos that are short, real quick, that are sometimes something about personal development and sometimes, ‘Hey, by the way guys, Ben’s in this city and isn’t this awesome,’ and shoot a clip of him doing that… Also Ben wants to recognize people. So he said he wants me to make sure that in each of the campaign offices, each of the managers know that when someone is not only doing something great for the campaign, like they made X number of calls, or if there’s a single mom with two kids that committed five hours this week. … Stuff to make people feel like they’re really in a campaign and they’re part of it and they’re important and not just some person that’s making some phone calls in their city.”

On how he’s going to measure his success: “Feedback. We’re certainly not going to put in some sort of measuring quantum metrics that says, ‘We’re 2.4% happier this week than we were last week.'”

On how he’ll treat bad press about Carson with the staffers: “I would acknowledge that there’s a situation, but remind them that you have the power to do whatever you want, and that this campaign is about possibility and about unity. Let’s continue to represent our candidate correctly and with integrity and let’s move forward.”

On the candidates besides Carson who are the best at giving speeches: “(Wisconsin Gov.) Scott Walker just did really well. I think of the Republicans, they all have a quality that I like. They all have a different approach and different style. Some people love (Texas Sen.) Ted Cruz, because he’s so passionate, and some people think he’s polarizing. I personally like his energy.”

On Ben Carson: “He’s honest, he’s a kind man, he sees no value in discord and he feels like anger stifles communication. … He is completely un-intimidating.” 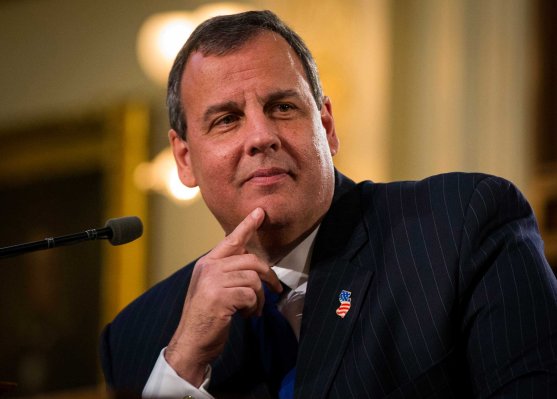 Watch 5 Elevator Pitches from 2016 GOP Contenders
Next Up: Editor's Pick