It’s hard to imagine the existence of American girl group Fifth Harmony without the influence of their male British predecessors, Nickelback fans/tousled imps One Direction. The girls mirror the boys in many ways, from creation myth to their purposeful cultivation of camaraderie. Like One Direction, Fifth Harmony was cobbled together from a gaggle of unexceptional soloists on The X Factor by impresario Simon Cowell; like One Direction, they ultimately finished in third place, and have flourished despite leaving the competition without a victory. And like One Direction, the bonds between each member are key to the group’s image and songwriting. Companionship, loyalty, trustworthiness, positivity: they’re core values for the young women of Fifth Harmony, and they run like veins through the great majority of their recorded output to date.

Reflection is Fifth Harmony’s debut full-length — an EP, the sprightly Better Together, came out in October 2013 supporting debut single “Miss Movin’ On” — and it covers a surprising amount of stylistic ground. This is by no means an an album standing at the vanguard of contemporary pop and R&B, but it doesn’t need to be: four of the group’s five members are still teenagers, after all, and it’s perfectly natural that they’ve spent their first full album together mimicking recent high points in their favorite genres. More importantly, they’re agile, and have an intuitive understanding of how their differences in vocal texture and range can impact their songs by introducing surprise and tension. Over the course of the album, the group moves from percussive, horn-stabbed black pop (excellent lead single “BO$$”) to squelching, simple knockoffs of producer DJ Mustard’s signature sound (“Top Down,” the title track) to more traditional piano-led R&B (“Everlasting Love,” “We Know”), and capably handles each new style. There are a few guest verses that feel tacked on to appease commercial interests, but they’re ultimately unnecessary; when given the chance, it’s obvious that the girls are comfortable with hip-hop, with the Beyoncé-esque snarl and purr of “Reflection” serving as ample proof.

Like a kids’ movie that’s been stuffed with subliminal jokes for parents, Reflection is an album with multiple layers. Younger, less knowledgeable fans will enjoy the melodies and singing on their own merit, and savvier listeners will chuckle at the obvious sonic references and flashes of inspiration. Tyga feature “Like Mariah” is a good example, with novice listeners getting a sunny slice of pop-R&B and veterans smiling at the “Always Be My Baby” sample that anchors the song.

Reflection is certainly enjoyable on a purely musical level, but Fifth Harmony’s perspective and positivity is often even more exciting. This is a group that’s funny, self-assured, and inspiring in their best moments. The aforementioned “BO$$” is a good starting point, and an example of the power of representation: over punchy horns and a kinetic rhythmic tapestry, five young women of color demand worthy partners, spell out their confidence, and shout out role models like Michelle Obama and Oprah. It’s a vital, palpably youthful song — how many other groups could get away with referencing the Nae Nae and using “bae” without looking like dorks? — but that doesn’t undermine the respect they deserve. Throughout Reflection, men are portrayed as nuisances or problems to be tackled together rather than opportunities for competition or sources of conflict; at their best, they’re equal partners in romantic relationships and friendships. On “Worth It,” the girls use the chorus to repeatedly re-affirm their self-worth; on “Suga Mama,” they’re affectionate but unwilling to fund their deadbeat boyfriends’ lavish lifestyles. There’s a radiant self-love and genuine closeness bursting from the album, whether through the positive body image promotion on “Them Girls Be Like” or the circling of wagons on vocal showcase “We Know.” And there’s no better peak than mission statement “Reflection,” which flips the script on a sultry ode to a partner into a hilarious, fierce celebration.

It’s not a stretch to state that with a little more work and personal growth, Fifth Harmony can mature into the kind of role models — both musical and social — that have so profoundly impacted their work to date. The girls have plenty of time to find a distinct musical identity, but it’s clear from Reflection that they have more important pieces in place: precision, agility and a strong sense of self. 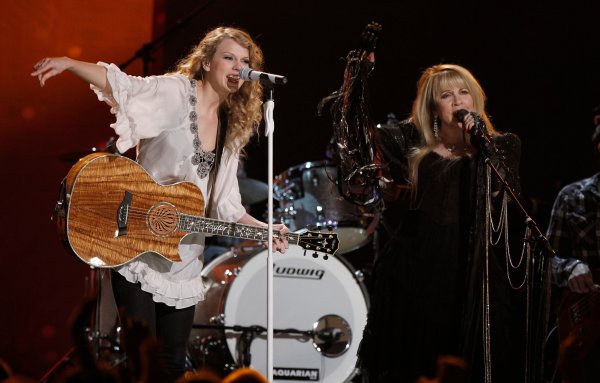 'Grammy Moments' Are the Worst Thing About the Grammys
Next Up: Editor's Pick