Harry Styles from One Direction arrives at the 28th Annual ARIA Awards 2014 at the Star in Sydney on Nov. 26, 2014
Ryan Pierse—Getty Images
By Melody Chiu / People

Now this is one star-studded birthday!

Harry Styles brought out Hollywood’s A-list to his birthday bash in L.A. on Saturday night.

Styles had not one cake, but four from Sweet Lady Jane – and his happy face graced the tops, says the insider, who added that photos were not allowed at the super-starry bash.

“When he blew out his birthday candles, he FaceTimed his mom,” says the source. “He was so sweet to all his guests.” 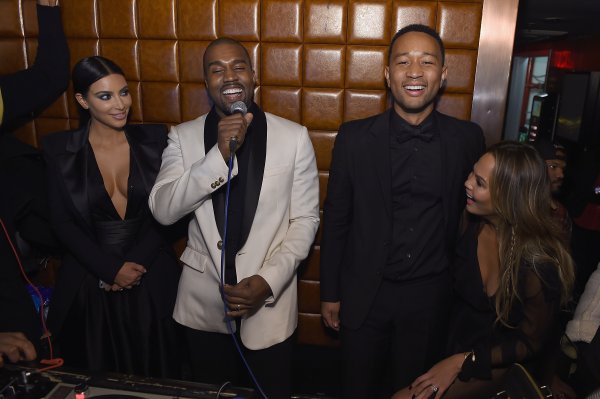 Kim Kardashian, Kanye West, John Legend and Chrissy Teigen Give America the Double Date it Deserves
Next Up: Editor's Pick