Bruce Irvin #51 of the Seattle Seahawks and Rob Gronkowski #87 of the New England Patriots exchange words late in the fourth quarter during Super Bowl XLIX at University of Phoenix Stadium on Feb. 1, 2015 in Glendale, Arizona
Andy Lyons—Getty Images
By Mike Fiammetta / Sports Illustrated

Eighteen seconds away from Super Bowl XLIX ending, the New England Patriots and Seattle Seahawks ended up fighting each other.

Following a late interception thrown by Russell Wilson in the Patriots’ end zone, New England took over from its 1-yard line. After encroachment was called on Seahawks defensive end Michael Bennett, the Patriots moved up to their 6-yard line, where quarterback Tom Brady took a knee.

Then the fight broke out.

Seahawks linebacker Bruce Irvin was ejected, and Brady took a knee on the next play to run out the clock and clinch New England’s 28-24 win. 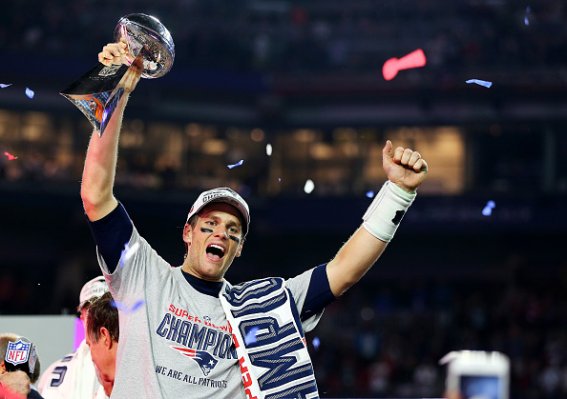