The Chemist Who Helped Develop the Pill Has Died

Scientist and patron of the arts Carl Djerassi sits during an interview with the DPA German Press Agency at the university in Frankfurt Main, Germany, 29 October 2013.
Boris Roessler—AP
By Sabrina Toppa

Carl Djerassi, a 91-year-old Stanford chemist who helped to develop the birth control pill, passed away from cancer Friday in San Francisco.

Djerassi’s scientific work led to the world’s first oral contraceptive in 1952, which gave women the option to control pregnancies. He developed a synthetic molecule called norethindrone, the effects of which simulated, in stronger form, those of progesterone. For his work, he earned an induction into the National Inventors Hall of Fame and received the presidential National Medal of Science, which only a few hundred scientists have received since its creation.

“Carl was interested particularly in individual freedom and self-determination, and believed that all of us, women included, should have that opportunity,” said Dr. Philip Darney, the director of UCSF’s Bixby Center for Global Reproductive Health. “He saw birth control and access to abortion as agents of that opportunity.”

Djerassi, a polymath, penned three biographies The Pill, Pygmy Chimps and Degas’ Horse, In Retrospect: From the Pill to the Pen and This Man’s Pill, and founded a free art residency program called the Djerassi Resident Artists Program, funded by earnings from the birth control pill. 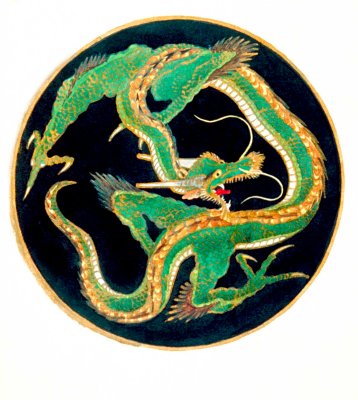 New Dragon-Like Dinosaur Discovered in China
Next Up: Editor's Pick