Meet the Swedish Pop Star You Need to Know This Spring

Tove Styrke became a star in her native Sweden as just a teenager, finishing third on Swedish Idol in 2009 and subsequently launching a career in the country’s finest export: big, luminous electro-pop.

But like most people entering their twenties, her tastes changed. Last fall, 22-year-old Styrke — not to be confused with Tove Lo, of sex-clubs-and-Twinkies fame — dropped the Borderline EP, six clever coming-of-age tracks about womanhood and finding your voice that revealed more diverse influences on the reggae-tinged title track and the spunky “Even If I’m Loud It Doesn’t Mean I’m Talking to You.”

For her new video “Ego,” which premieres today on TIME, she took to the streets of Tokyo. “This city is like eye candy and a very busy place with so much going on, and that was exactly what we needed to create: this feeling of being sort of out of place, isolated while surrounded by many many people,” Styrke says in an email to TIME. “I had so much fun. I moonwalked with strangers in Shibuya crossing, did karaoke where they shot Lost In Translation, tasted ‘chicken butt’ (?!) and got to know so many new amazing people on this trip!”

With its exotic percussion and breezy vocals, the song isn’t a straight-forward club banger — her back catalog has plenty of those — but its frenetic groove and deceptively catchy chorus show Styrke’s songwriting instincts rival the best of her peers. Look for the track when Kiddo, her first full-length album in five years and her U.S. debut, drops later this spring. 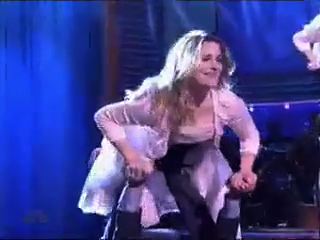