Sex and the Super Bowl

Getty Images
Ideas
By Marina Adshade and David Berri
Marina Adshade is a professor of economics at the Vancouver School of Economics a the University of British Columbia and the author of Dollars and Sex: How Economics Influences Sex and Love. David Berri is a professor of economics at Southern Utah University. He is the lead author of The Wages of Wins and Stumbling on Wins and continues to serve on the editorial board of both Journal of Sports Economics and the International Journal of Sport Finance.

On Sunday night, as confetti rains down on the University of Phoenix Stadium, there will be millions of elated sports fans declaring “We Won!”

For many people who do not follow sports, fans yelling “we won” appears to make no sense. The fans didn’t play the game. And the lives of the fans after the game will be just as they were before it was played.

But, a major victory by the favorite team of a male sport fan does more than simply cause the fan to scream and yell. Seeing his team dominate on the field can cause a man’s endocrine system to ramp up the production of testosterone. And where there is testosterone there is the desire to seek out sex. And where there is a desire for sex there is, often, a population searching for pornography online.

This chain of events begins with something every hard-core sports fan knows to be true. Your team’s victory is your victory. From the fan’s perspective, you may as well have been personally responsible for each perfect pass, acrobatic catch, and bone-breaking tackle. And for fans of the loser, they know that the team’s loss is their loss, and their feeling of despair can be just as acute as it is for the players who’ve had their dreams crushed on the field.

But, you don’t have to be sport’s fan to know that the victory (and the defeat) of another individual can feel very personal to those who are cheering on the sidelines. You probably remember how you felt, for example, when Barack Obama was first elected President of the United States.

We would expect that both Obama and McCain would feel these losses. And the Challenge Hypothesis, which says that during competition the testosterone level of a dominating male rises and of a defeated male falls, predicts such a physical response. But recent research suggests that these biological responses went beyond the individuals running in the elections. In his first address following the election, soon to be President Obama said, “I will never forget who this victory truly belongs to. It belongs to you. It belongs to you.” Many voters would have shared that sentiment; just as many others would have felt that the defeat of John McCain belonged to them as well.

Elections matter, of course, but Democrats and Republicans have seen their party win many times. Each year, fans of only one team get to experience a Super Bowl victory. So, what does seeing your team win this game do to your testosterone levels?

At this point these numbers are really nothing more than back of the envelope calculations using the same methodology applied in Markey and Markey’s research. But they suggest that on Sunday night male sports fans — in Washington and Massachusetts — will be, literally, physically transformed by the game.

The Other Way Testosterone Affects the Game

The impact of testosterone is not only felt by fans after the game. It also affects the actual participants in the game. Higher levels of testosterone are related to physical attractiveness. And one glance at Tom Brady and Russell Wilson — the opposing quarterbacks in this game — reveals that these are two good-looking men.

So it appears the impact of testosterone affects both players and fans. Testosterone appears to have a role in who gets on the field of play, and the play impacts the testosterone levels of the fans.

If you happen to invite a non-sports fan to your Super Bowl party, you might hear this person exclaim that none of this really matters. Now you know, though, that this person is wrong. This game has the power to physically transform the fans who “win” and “lose.” 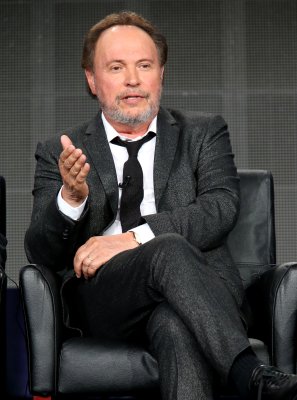 What the Reaction To Billy Crystal Tells Us About Gay Tolerance
Next Up: Editor's Pick