Tom Brady #12 of the New England Patriots in action against the Indianapolis Colts of the 2015 AFC Championship Game at Gillette Stadium on January 18, 2015 in Foxboro, Massachusetts.
Elsa—Getty Images
By Sean Gregory

Distraction: it might be the most needlessly analyzed term in all of sports. Especially over the last year or so. Jason Collins signs with the Nets: will the first openly gay player in the NBA serve as a distraction? (Turns out, no). Will Michael Sam fall in the NFL draft, because teams fear that the first openly gay player in the NFL would distract the locker room? (Such a fear surely cost Sam draft position).

Every year, distractions are a rote Super Bowl story line. Will the players be able to handle all ticket requests, the glare and anticipation of over a hundred million Americans, and still play football? This year, the distractions lurk like a lobby autograph hound. How will Deflategate impact the New England Patriots? Can they stay focused while a large segment of the world calls them cheaters? And now, the news out of Seattle’s camp: the girlfriend of star cornerback Richard Sherman could go into labor any moment now. Will Sherman actually skip the game to be in the delivery room? How ever will the Seahawks tune this out?

Turns out, there’s a group of researchers at Brown University that have recently been studying the science of distraction. Odds are, the players will be just fine. “The brain does an amazing job tuning out distractions,” says Catherine Kerr, a neuroscientist and assistant professor at Brown’s Alpert Medical School. “We’d all be psychotic if it didn’t.”

Humans – especially pro athletes — have a lot going on, and the brain is wired to cope. In study published in December in the journal Psychological Science, two Brown researchers – Joo-Hyun Song, assistant professor of cognitive, linguistic, and psychological science and Patrick Bédard, assistant professor of neuroscience — found that being distracted while learning a motor task did not hinder a subject’s ability to perform the task, as long as the subject was also distracted during recall. In other words, as long as we’re always distracted, we’ll perform just fine.

The Patriots have practiced their game plan all week amidst the specter of Deflategate. The scandal shouldn’t suddenly pop into the players’ minds on Sunday, rendering them useless. And both New England’s Bill Belichick and Seattle coach Pete Carroll even blasted hip-hop music during the team’s practices in Arizona, to try to replicate the Super Bowl game day noise.

Kerr credits two brain regions for blocking out distractions. The thalamus, a structure that sits just above the brain stem, “filters out about 85% of the sensory inputs,” she says. Meanwhile, the right interior frontal cortex is known to govern the stopping of action and attention. Kerr’s recent lab work, done with Stephanie Jones, an assistant professor of neuroscience at Brown, has shown that this brain region sends out electric signals, telling other areas not to act on unimportant impulses. “It helps the brain pay attention to the right things,” says Kerr.

We’re all at risk of perseverative cognition, the scientific term for repetitive thought that can overwhelm the brain’s various systems for managing internal and external noise and distraction. The Pats have heard all week that they’re cheaters, and if the players are worried that they’re perceived that way, the negative vibe could steal precious brain resources. But don’t bet on this outcome. Belichick, for all his flaws, has a proven ability to focus his team on the task at hand. And athletes are so accustomed to fighting sensory overload, these little “scandals” are hopelessly overrated. “Every week, football players deal with 90,000 screaming fans, the TV cameras, the people yelling on the field, to make the right read and play,” says Kerr. “When it comes to tuning out distractions, the players in the Super Bowl are already virtuosos.”

Science has spoken. Let’s now stop talking about the D-word. 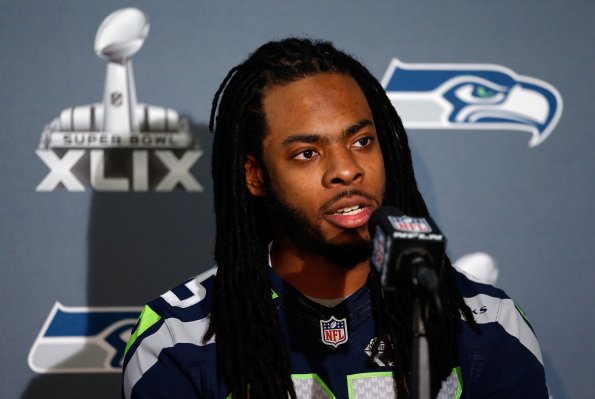