Tonight, Katy Perry took the stage in Glendale, Ariz., for the Super Bowl halftime show. It was a dynamic act defined by multiple costume changes and a moving rendition of signature song “Firework.”

One of the show’s guests, rocker Lenny Kravitz, joined Perry on guitar for a duet on Perry’s breakout hit, “I Kissed a Girl” (a surprise inclusion on the setlist, given its edgy content).

Finally, Missy Elliott, who’s largely been on hiatus since the mid-2000s save for a few guest appearances (including on Katy Perry’s remix to “Last Friday Night”), took the stage for a performance of several of her hits. 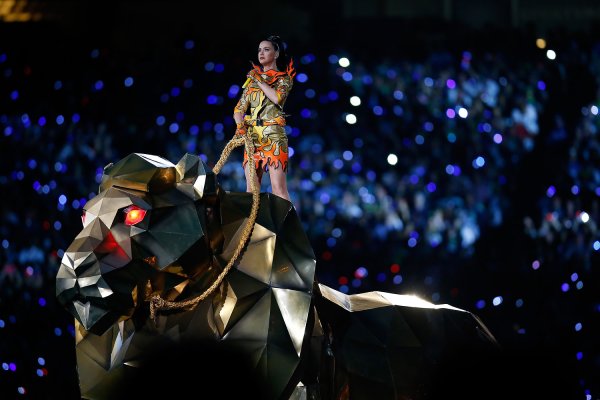 Katy Perry's Halftime Show Was All About Showmanship
Next Up: Editor's Pick