A U.S. flag flies above buildings used for military tribunals for suspected terrorist prisoners at Guantanamo Bay Naval Base on Nov. 19, 2013.
Charles Dharapak—AP
By Aryn Baker

When U.S. President Barack Obama agreed in May to exchange five Taliban detainees from Guantanamo Bay for Bowe Bergdahl, a U.S. soldier who had been held captive for five years, his political opponents had a field day. They warned that the detainees risked returning to Afghanistan, and to militancy. Obama, with the backing of the government of Qatar that had agreed to host the men, promised that they would be kept far from the battlefield. Seems that the men may have had other ideas. According to CNN, U.S. military and intelligence officials now suspect that at least one of the detainees has made contact with Taliban associates in Afghanistan, suggesting that he, and perhaps the others, may be planning a return.

Considering that 29 percent of all U.S. detainees who were held in the Guantanamo detention center are either suspected of or confirmed to have returned to the fight, according to a March 2015 assessment by the Office of the Director of National Intelligence, it shouldn’t be all that surprising. TIME’s Massimo Calabresi predicted as much back in June, just after Bergdahl was released. The recidivism rate, he wrote, “suggests that statistically at least one of the Taliban leaders will return to the field to fight Americans in Afghanistan, or elsewhere.”

At the time of the exchange, Taliban commanders who had been involved in Bergdahl’s capture, captivity and release, told TIME that the exchange — five of theirs for one of America’s — would encourage them to seek out more P.O.W.s. So far, that hasn’t happened. It’s not clear which of the five former detainees was reaching out to associates in Afghanistan, but as high-ranking commanders and former comrades-in-arms of Taliban leader Mullah Omar, any one of them could galvanize a movement that is slowly making gains in the wake of the U.S. drawdown in Afghanistan. Even if those plans have now been foiled, the incident may have one other far reaching consequence: as Obama attempts to close down Guantanamo for good, his opponents now have more ammunition for why he should not.

Read More: Behind the Scenes of Bowe Bergdahl’s Release 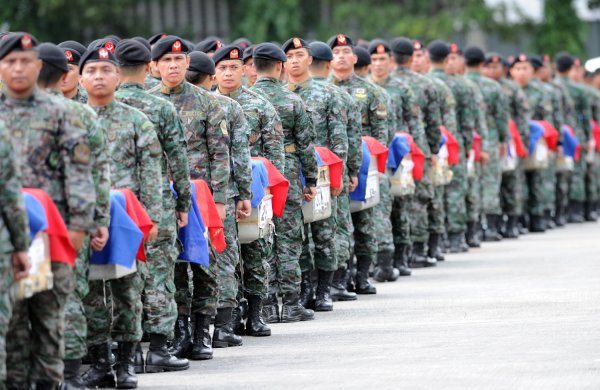