A number of brave souls have gone over the Niagara Falls, but on Tuesday Canadian ice climbers Will Gadd and Sarah Hueniken became the first people to scale the world famous landmark.

Initially kept secret by sponsor Red Bull, the daring stunt was officially announced when news of the harrowing climb began to spread, according to National Geographic.

The two climbers followed a route along the edge of Horseshoe Falls, a 150-foot waterfall that is considered to be the most powerful in the world. Hueniken, who grew up 20 miles away, belayed Gadd as he made the first ascent. Hueniken then followed around 40 minutes later.

To us regular folk it looks like victory, but Gadd felt as if Niagara may have won the battle.

“That climb beat me up. I may have reached the top, but Niagara won the war,” he told Red Bull. “At the end of the day I was hypothermic. That waterfall did a lot more damage to me than I did to it!” 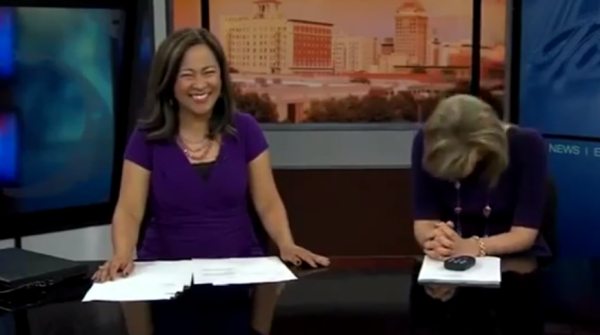 Watch a Bunch of Reporters Break Down Laughing in This Month's Best News Bloopers
Next Up: Editor's Pick