Philippine police commandos stand at attention next to the flag-draped coffins of their slain comrades shortly after arriving at a military base in Manila on Jan. 29, 2015
Ted Aljibe — AFP/Getty Images
By David Stout

Flags flew at half-mast across the Philippines on Friday as the entire country observed a national day of mourning following the violent deaths of 44 elite commandos during a daring raid.

President Benigno Aquino held a ceremony honoring the deceased servicemen on Friday. “The entire nation is requested to offer prayers and all public institutions are directed to lower the Philippine flag at half-mast on Friday,” Aquino said in a statement released ahead of the service.

Rebel commanders claim authorities had not liaised with their representatives before entering the territory and members were acting in self-defense when the firefight broke out.

Despite the heavy casualty toll, officials claim the raid as a success as it resulted in the death of Malaysian terrorist Zulkifli bin Hir, also known as Marwan, an expert bombmaker and a member of the Indonesia terrorism outfit Jemaah Islamiyah’s central command. However, authorities have erroneously claimed to have killed Marwan in the past on multiple occasions, according to the BBC.

During a televised address on Wednesday, Aquino pleaded with the nation to continue to support the ongoing peace deal and warned against retaliation in the wake of the killings.

“If the peace process won’t succeed, if we were to go back to the status quo, or if the violence gets worse, isn’t this exactly the opposite of the purpose of their sacrifice?” asked the President.

Others paid their respects to the fallen commandos via social media. 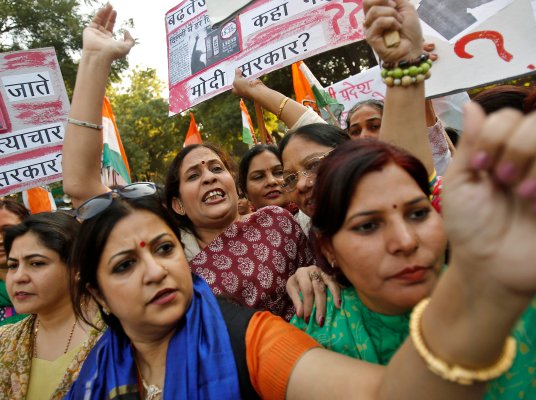 Indian Woman Sues Uber in the U.S. Over Alleged Rape
Next Up: Editor's Pick