The Organic Food Movement Is an Insufferably Classist Waste of Money

I am 47. I say this for reference. Correction: more as an admonishment. I grew up in the 1980s, the decade of big hair and bigger shoulder pads. In short, a time when excess and indulgence were still cool. That being said, indulge me. Here goes:

I hate the whole organic food movement. Notice I said “movement,” because it is the mindset that is perverse and insufferable.

My hatred stems from the fact that this trend is a repudiation of my own working class background. Eating organic is eating more expensively and, in my opinion, often unnecessarily.

Just this morning as I was drinking my morning coffee with milk (more on this later), I almost choked when I saw the latest report on “Good Morning America.” The “next big super drink” sweeping the country in 2015, according to GMA, is organic birch tree water. The water is actually the sap from birch trees tapped in early spring. Sounds very pastoral, almost nostalgic of a simpler era, something out of a Norman Rockwell painting.

A quick search with Amazon suppliers indicates that this tree sap is like liquid gold. It is hard to come by, except if you happen to be a native of a Slavic country. A case of this forest juice, which equates to 10 bottles, is $24.95 — without shipping. Give me my store-brand bottled water or, better yet, water that comes out of my kitchen faucet.

I do not think it is wise to have to budget for simple hydration. Can you say fad? Remember coconut water?

People who eat primarily organic are the same hipsters who make their little ones toil in community gardens after picking them up from child care cooperatives. What they can’t harvest, they buy in small shops that sell two dozen kinds of honey, and enough soy and tofu to choke a cow.

I don’t know about you, but the only time I ever had honey as a kid was when I was sick. It was added to my mug of Lipton tea and came out of a little golden bear-shaped squeeze bottle. (And in my budget challenged household, we re-used the tea bag.)

And as for cows, they are regarded as one moo short of pure evil by people who fear the possibility they may be treated with antibodies or growth hormones and steroids. The organic foodies raise children who may never experience the lush, velvety feel of a milk mustache. Instead, they get the flat, chalky aftertaste of some almond-based alternative milk product.

Rather than dunk Oreos rich with refined sugars, they wash down carob biscuits baked with agave.

I am not going to argue the health benefits of an organic diet. Medical studies come and go, but there is no conclusive evidence which says eating organic is eating more nutritiously. And the verdict is still out on taste differences. Although those who have tried birch tree water say it is an “acquired taste,” and have likened it to flavored medicine. Yummy.

I fear, however, that some of these all natural choices (all the friggin’ time) are leading us down a strange path.

Let’s face it: When you remove “bad calories,” and “unnatural additives,” you cut out the fun, and not trim it either. Ask any person on a diet if they are happy. But at least on a diet there are cheat days.

The comforting lethargy that follows a big dish of processed macaroni and cheese (made with the little envelope of bright yellow powder) is never experienced by organic foodies or their progeny. Instead of lolling on the couch, they are busy reading labels to determine if what they ingest is locally sourced. I like farmers as much as the next person, but as a city gal, agriculture was never my strong point.

In fact, part of the expense of organic products is the extra inspection and certification by government agencies. This cost to the producers is passed down to consumers. The organic foodies are ever vigilant that their foods are not produced by methods that employ chemical fertilizers or pesticides. Granted, poisons in the food chain should be avoided. It is not like I aspire to be first on the toxic food line.

But I have to confess that the adage, what you don’t know, won’t hurt you has served me well.

There is even organic food in the marketplace for our family pets. Funny, I don’t have a desire to spend more to feed my own three beloved dogs and feel good about myself as a pet parent. I would rather donate the money to an animal shelter.

There is a superiority among the organic foodies and a class distinction that goes beyond pure consumerism. I might be sensitive about my blue-collar upbringing, but digging deeper in your pocket does not mean you are spending wisely.

People who shop in supermarkets, buy in bulk, or clip coupons are not discriminatory, well-informed, or hip enough to live in the same neighborhoods for many organic foodies. Organic food, which has earned prime shelf space, is muscling out some of the less expensive choices, and is making it harder to stretch a dollar.

In short, my own dad, who was a bus driver, could never have afforded the lifestyle enjoyed by these purists. In my day, eating TV dinners and canned foods was good enough. Blissful ignorance? Maybe.

I might have evolved to the point where I prefer fresh (or at least frozen) produce over canned varieties, and meat from a butcher rather than a plastic tray. I have been known to avoid any packaging that has more than three polysyllabic ingredients that I cannot pronounce.

But don’t take away my Oreos.

Read next: A Guide to What Kind of Eggs You Should Buy 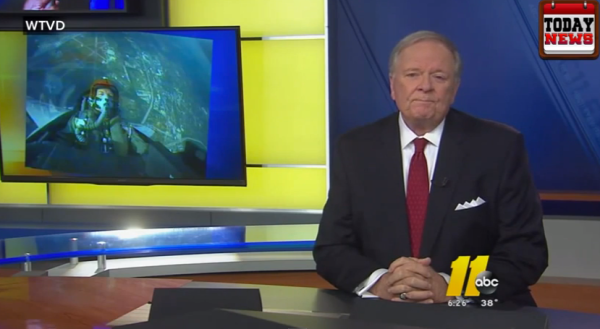