Video Games Were Never a 'Boys Club,' and Never Will Be

Anita Sarkeesian is seen with vintage video game machines in Minneapolis, Minn in 2013.
Alex Lazara—AP
Ideas
By Lauren Janik
Lauren Janik is a lifelong gamer and a history student at Northwestern University.

When I was six years old, my mother caved to the hype and consented to buy her children a PlayStation. But she didn’t buy that console for some boy in the house, she bought it for three little girls, and nobody loved it more than me.

My parents regretted the purchase almost immediately; they couldn’t pry the controller out of my hands. My leisure hours were dedicated to ensuring that my sisters would never be able to beat me in a Crash Bandicoot Team Racing tournament for as long as we lived. My most devoted ‘Player 2’ multiplayer partner was my twin sister, so I never saw gaming as a community where girls didn’t belong. As I got older, I consumed all the games I could with fervor.

By late middle school, I began to notice stereotypes. I saw that female characters were shallow, empty, in constant danger. They were decorative, not active. I didn’t identify with them. I could only see myself in the heroes, who were—almost without exception—men. I tried not to let this bother me. Most of my friends were boys who shared my interests. If I brought up the gender disparities in games with them I was immediately shut down, so I only ever talked about it with my sister. Regardless of my occasional discomfort with the material and my ambivalent friend group, I kept playing because video games were still my life.

Sometime while I was busy playing Resident Evil or Final Fantasy VIII, video games developed a public reputation as ‘boys only.’ I would object, and be met with dismissals like, “Well you don’t have to play them.” When Xbox and PlayStation created their online networks, I didn’t feel compelled to join. I already had a teammate in my twin, and the online community felt unnecessary. Besides, it was common knowledge that the easy and anonymous way to communicate in those forums can foster some pretty nasty harassment against gamers perceived to be female. Video games are my favorite thing in the world; why would I want to color that enjoyment with the kind of negativity I was practically guaranteed to find there?

In the middle of this tension, Anita Sarkeesian introduced a Kickstarter campaign for her Youtube series, Tropes vs. Women in Video Games, that points out the harmful patterns of stereotyping, sexualizing and dehumanizing female characters in the medium. When Sarkeesian began posting videos for her series, it was like coming home to a community I’d never known existed. I knew plenty of women played video games, obviously—we’re everywhere. I didn’t know so many shared both my love and my frustration with video game culture. Sarkeesian’s project proved I wasn’t alone in the occasionally paradoxical state of gaming-while-girl.

Even before she’d released a single video, Sarkeesian’s Kickstarter pitch made her famous for all of the wrong reasons. Some select, noisy members of the gaming community decided they would rather torment her into silence than spend ten seconds listening to what she had to say. The torrential harassment she withstood from the anonymous masses was a baffling slap in the face to me. I, who was excited about the upcoming series, had never felt so unwelcome in a world that I’d lived in and loved forever. If a targeted, vigorous and frankly nauseating hate campaign was what awaited female gamers who weren’t completely silent about their discomfort, what did that mean for my future with my beloved consoles?

It’s only recently that we’ve learned the worst of what she’s endured. Last week she published her entire Twitter feed, from the week of Jan. 20 through 26, and it documents the incredible endurance of the three year campaign of hate aimed her way. As a fellow female gamer, my first reaction to all the despicable things said to Sarkeesian has been anger and disgust; my second has been to scratch my head, perplexed. Many of her detractors claim to be opposed to a feminist intrusion upon the sacred, unassailable bastion of masculinity that is video games. But until they circled the wagons, I never considered video games to be ‘no girls allowed.’

Sarkeesian’s videos exposed all the biases that made me privately cringe, but her measured analysis also exudes the same appreciation of a long and happy history with video games that I enjoyed. Why not try to improve upon a medium we already love? I’d sunk as much money and time into my PlayStation and Xbox as anyone else. Her series is a resource calling out injustices that make female gamers feel excluded from something that’s shaped our lives.

And as Sarkeesian says as a disclaimer to every video, “it’s both possible, and even necessary, to simultaneously enjoy media while also being critical of its more problematic or pernicious aspects.”

Sarkeesian’s detractors believe she’s messing where she doesn’t belong. They think that women shouldn’t try and impose their presence and will over video games. It’s these objections themselves that really baffle me, more than their venomous delivery. Women are not intruding upon the video gaming world. We’ve been here all along. I’ve played video games for more than 16 years. Does that make me a feminist insurgent? No. It makes me a millennial. The attackers on Twitter are fighting for ownership of a world that has never really belonged exclusively to anyone. Just ask all the men who will never beat me at Crash Team Racing. 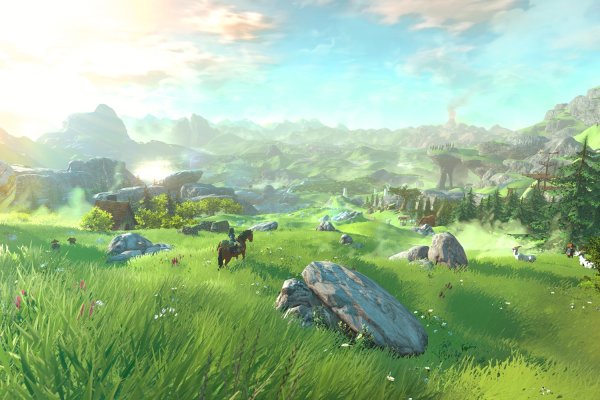 These Are the 50 Most Anticipated Video Games of 2015
Next Up: Editor's Pick