The Historical Truth Behind Thomas' Tragic Revelation on Downton Abbey

Contains spoilers for the episode of Downton Abbey that aired in the U.S. on Feb. 8, 2015

After several episodes that left viewers wondering what Thomas was up to behind closed doors and what was making him look so ashen, Downton Abbey answered the question in a way that may surprise modern audiences, though perhaps not so much given the character’s history. His trip to London earlier in the season had been to receive electrotherapy that would “make [him] more like other people” (to change his sexuality, that is) and he had given himself an abscess through follow-up injections with an unsterilized needle.

Though Dr. Clarkson’s and Baxter’s attitudes toward the discovery were perhaps a little blasé for historical accuracy — as Downton viewers and people who saw The Imitation Game know, there were criminal penalties for homosexuality in England at the time — the tragic history behind that kind of electrotherapy is very real.

In fact, fans of Masters of Sex may remember that the technique showed up last summer on the show as well. As we explained back then, electroconvulsive therapy wasn’t the most typical method used to “cure” homosexuality, but it did happen, along with shock-based aversion therapy. And it wasn’t even all that historical — it happened to Thomas in 1924, it happened on MoS in the ’60s and it didn’t stop then.

It was as recently as Feb. 12, 1965, that TIME ran a story with the declarative headline “Homosexuals Can Be Cured“: “One reason why homosexuals are so rarely cured is that they rarely try treatment,” the story began. “Too many of them actually believe that they are happy and satisfied the way they are.” 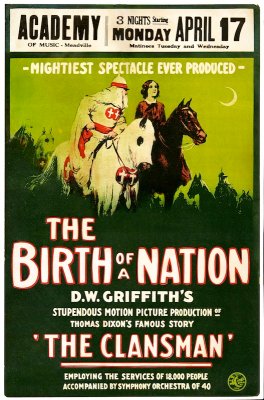 'Writing History With Lightning': The Birth of a Nation at 100
Next Up: Editor's Pick