This Is the No. 1 Driver of Diabetes and Obesity

A primary driver for type 2 diabetes is sugar, according to a new report.

In the report, published Thursday in the Mayo Clinic Proceedings, a team of researchers performed a literature review to determine whether certain ingredients are much more dangerous than others when it comes to diabetes, and to challenge the idea that all calories are equal. To do so, they looked at the effects of carbohydrates from similar calories. They compared starch, pure glucose and lactose to added sugars like sucrose (table sugar) and fructose, which occurs naturally in fruit but which we mostly consume as a sweetener, such a with high-fructose corn syrup, added to food and drinks).

What they found was that the added sugars were significantly more harmful. Fructose was linked to worsening insulin levels and worsening glucose tolerance, which is a driver for pre-diabetes. It caused harmful fat storage—visceral fat on the abdomen—and promoted several markers for poor health like inflammation and high blood pressure. “We clearly showed that sugar is the principal driver of diabetes,” says lead study author James J. DiNicolantonio, a cardiovascular research scientist at Saint Luke’s Mid America Heart Institute. “A sugar calorie is much more harmful.”

DiNicolantonio and his fellow authors say current dietary guidelines are harmful since they recommend levels of sugar consumption that are unhealthy. For instance, the Institute of Medicine says added sugar can make up 25% of the total calories we consume, and the 2010 Dietary Guidelines for Americans say up to 19% of calories from added sugars is alright. That varies greatly from the American Heart Association, which recommends no more than 6 tsp of sugar a day for women 9 tsp for men. The World Health Organization has proposed that added sugar make up only 5% of a person’s daily calories.

“The studies that we looked at clearly show that once you hit 18 percent compared to just 5 percent of your total calories from sugar, there’s significant metabolic harms promoting prediabetes and diabetes,” says DiNicolantonio. “In fact, there’s a two-fold increase.”

This is not the first time sugar has been fingered as a primary culprit in American’s bad health. Other researchers are pushing the message that it’s refined carbohydrates like added sugars that are the problem.

“We need to understand that it isn’t the overconsuming of calories that leads to obesity and leads to diabetes. We need to totally change that around,” says DiNicolantonio. “It’s refined carbs and added sugars that lead to insulin resistance and diabetes, which leads to high insulin levels, which drives obesity.”

DiNicolantonio recommends major changes to combat the problem. He says the government should stop subsidizing corn which makes high fructose corn syrup so cheap and should instead subsidize healthy foods so that consumers are encouraged to make the switch from processed foods to whole foods, since it’s the processed stuff that’s putting so much sugar in our diets. He adds that in his opinion, sugar-sweetened beverages should not be sold in schools or hospitals, and perhaps the government should put warning labels on them.

Such severe changes are not likely in the immediate future, but if sugar is indeed the number on cause for diabetes among all other foods, then more needs to happen to help Americans cut back. Especially since there is no real need for added sugar in our diets. 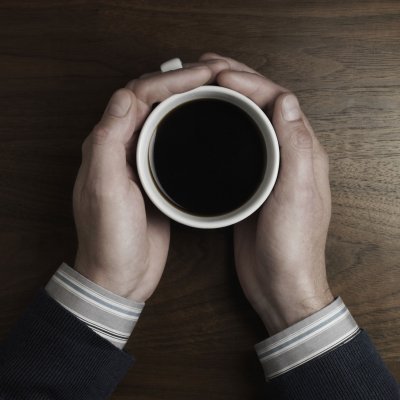 Why Your Coffee Addiction Isn't So Bad for You
Next Up: Editor's Pick