A two-week suspension for 66 high school students who have not been fully immunized for measles has been handed down by a California high school.

The move comes after one student was believed to have exposed 20 others to the highly contagious disease during a school field trip.

That student is being allowed to return to the Palm Desert High School according to the Los Angeles Times, and the suspended students can return to school earlier if they provide proof of immunization or are medically cleared by the Riverside County Public Health Department.

School districts are grappling with the decision of whether or not to require students to prove they have been vaccinated before enrollment.

The homegrown measles virus, which causes rash and fever, was eliminated from the U.S. in 2000. Its reappearance and subsequent surge has created concerns over parents who do not have their children vaccinated because of fears of negative side effects.

California and the surrounding states, plus Mexico, have reported over 90 cases of measles from an outbreak that is believed to have originated in Disneyland in mid-December. 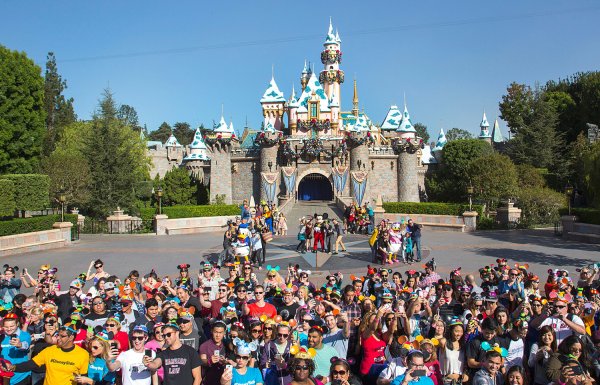 Don't Go to Disneyland If You Haven't Been Vaccinated
Next Up: Editor's Pick