Photographs of the Sydney siege victims, lawyer Katrina Dawson, left, and café manager Tori Johnson, are displayed near the site of the siege in Sidney's Martin Place on Dec. 23, 2014
Jason Reed—Reuters
By Helen Regan

The inquest heard that gunman Man Haron Monis forced 34-year-old café manager Johnson to kneel before shooting him in the back of the head, the Australian Broadcasting Corporation reports.

Dawson, a 38-year-old lawyer, was killed by six fragments from a police bullet that had ricocheted off a hard surface when police teams moved in to end the 16-hour siege.

The court was told that Iranian-born, self-styled cleric Monis was shot in the head with police bullets or fragments and took 11 other hits to his body.

Monis was on bail facing trial when he took 18 people hostage in the Lindt Chocolat Café in Sydney. 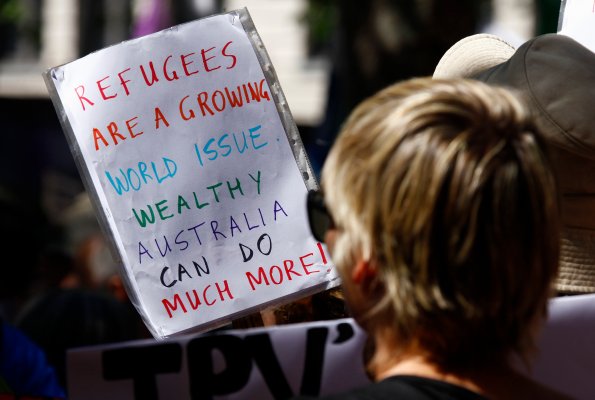 Australia Court Rules the Month-Long Detention of Migrants at Sea Was Legal
Next Up: Editor's Pick