Photo dated Oct. 13, 2014 of Lindsay Lohan who has revealed she plans to make her permanent home in London because it is the ideal place for her to grow up.
Anthony Devlin—Press Association Images/AP
By Sabrina Toppa

Lindsay Lohan has been accused of trying to include socializing with fans as some of the 80 hours of community service she was supposed to perform for a 2012 reckless driving charge.

Lohan, 28, reportedly included meeting several fans during a stage production of Speed-the-Plow, in which she starred in the U.K. last year, as part of the mandatory 4,800 minutes she had to spend benefiting the community.

“I’d love to hang out with a celebrity all day and see their life, but that’s not community service,” said prosecutor Terry White, who has until Feb. 18 to demonstrate Lohan did not fulfill her community service requirement.

Lohan may face jail time if the prosecution can establish that this component of her criminal sentence was not met. 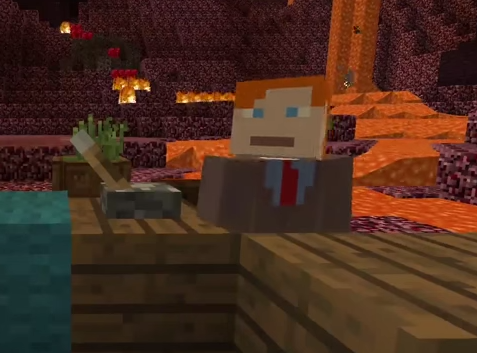 Here's What Conan's Show Would Look Like in Minecraft
Next Up: Editor's Pick