Brett Favre: 'I Was Wrong for Retiring Early'

In an interview on “In Depth with Graham Bensinger” airing this weekend, former NFL quarterback Brett Favre said he was wrong to retire from the Packers in March 2008.

Favre retired told Bensinger that when he retired in a press conference, he wasn’t fully committed to his decision but made it because the organization needed to know.

Favre went on to be traded to the New York Jets, where he played for a season, before spending the final two years of his career with the Minnesota Vikings.

Bensinger asked Favre what advice he would give for Denver Broncosquarterback Peyton Manning, who is currently facing retirement rumors.

Favre was asked about his relationship with current Packers quarterback Aaron Rodgers, who took over the position after Favre left Green Bay. Favre said he never felt threatened by Rodgers, but he knew there would be a day when Rodgers would become the starter.

• ​BISHOP: Dan Marino’s one and only Super Bowl

Favre said he feels he was a good mentor to Rodgers, but believes it’s a misconception that the starting quarterback needs to be one to a backup.

On Tuesday, Favre told Fox Sports 1 that he feels Rodgers is “by far” the best quarterback in the NFL right now.

Favre is set to be inducted into the Packers Hall of Fame in July, which he said will “mean as much as anything I’ve accomplished in my career.” 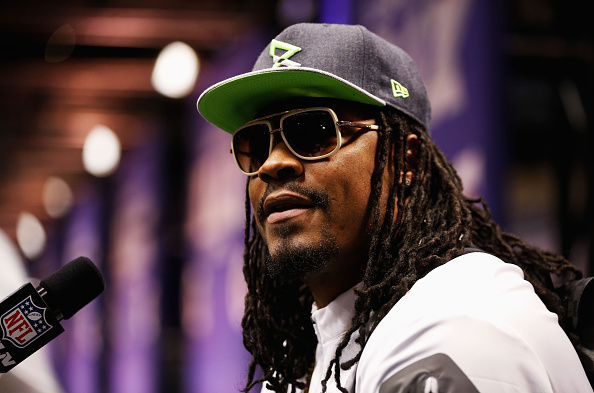 Marshawn Lynch Is at Media Day So He 'Won't Get Fined'
Next Up: Editor's Pick