The company said on Wednesday said Thompson would step down as CEO and board member on March 1, and be replaced by Steve Easterbrook, its chief brand officer who is responsible for fixing the fast-food operator’s marketing and menu. A longtime McDonald’s veteran, Easterbrook earlier in his career held big jobs including president of McDonald’s Europe.

The move comes a week after McDonald’s, the world’s biggest restaurant company, reported fourth-quarter and full-year results that made 2014 the first with a decline in same-store sales in a dozen years. It was also the fifth straight quarter of declining same-store sales in the United States, where it has lost many customers because of an overly complicated menu and changing tastes, and a defections to fast casual chains like Chipotle Mexican Grill.

McDonald’s is trying to quickly turn things around, aiming to simplify its menu and by unveiling a new marketing message centered around the word “love.” But Thompson, who became CEO in 2012, himself acknowledged last week that turning the company around would take time and said that he expected the volatility in McDonald’s results to continue in 2015. While Thompson inherited many problems when he took the helm, he has yet to change the company’s trajectory.

McDonald’s has had trouble weaning customers off of its inexpensive Dollar Menus, creating a chasm between its lower price items and its premium offerings while damaging the chain’s image, the company has acknowledged. As part of its turnaround efforts,McDonald’s is currently testing “Create Your Taste,” which let customers personalize their burger, a key part of fixingMcDonald’s image problem. But the company has its work cut out for it: a reader poll by product testing organization Consumer Reports released in July found McDonalds burgers ranked as the worst in the U.S.

In addition to Thompson’s departure, the company also announced that Chief Financial Officer Pete Bensen will take on the newly-created role of Chief Administrative Officer, overseeing functions that support operations. 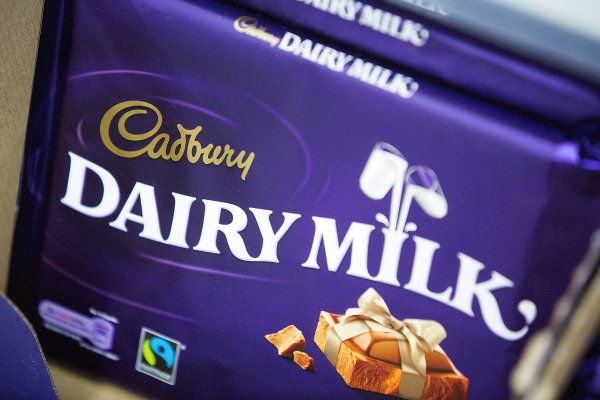 Hershey Had Every Right to Block 'Real' Cadbury Bars
Next Up: Editor's Pick