You’ve got a pretty mean poker face. You wouldn’t have made it this far in your career if you hadn’t become the master of stifling an ill-timed laugh or shaping your blank stare into something a little more musing.

But science has shown that’s not enough. Princeton University researchers have demonstrated that we subconsciously rely on body language more than facial expression for identifying emotions. This supports the oft-cited statistic produced by Dr. Albert Mehrabian, noted pioneer of nonverbal communication, that body language accounts for 55% of the messages you communicate.

Maybe you’ve heard a few maxims from HR professionals—“Don’t cross your arms,” or “maintain good eye contact”—but you don’t know exactly why these moves are so important in your work relationships. Well, it’s time you found out!

Here are the six body language moves that can seriously sabotage collaboration—and how to make sure you’re always sending the right message to your colleagues.

1. Pointing Your Feet Away From Others

Dr. Carol Kinsey Gorman suggests that while you’ll usually focus on the face you’re making as well as your upper body, you often ignore your feet—which are often just as telling of your emotional intentions.

You might think that sounds absurd: Who would notice something as trivial as where your feet are pointing? But foot-positioning is a signal that we all register subconsciously in social situations. For example, maybe your body is facing the person you’re talking to, but your feet—or even just one foot—are pointing away from him or her. This is an obvious signal that you’ve already checked out of the conversation.

So, next time you’re trying to look fully engaged, make sure that both of your feet are pointed at the person you’re speaking with.

2. Crossing Your Legs, Arms, or Feet

Unsurprisingly, physically closing yourself off suggests to others that you’re also mentally closed off. Crossed arms, for example, are often perceived as a signal of distance, insecurity, anxiety, defensiveness, or stubbornness.

If you want to encourage open communication and participation, you have to first signal that you’re open and engaged. Standing at the front of a room giving a speech? Focus on your body language and resist the urge to cross your arms or legs while taking questions.

That said, while crossing your arms isn’t good in a group setting, it does have its neurological benefits. Research completed by Ron Friedman and Andrew J. Elliott found that individuals are 30% more likely to stay on a difficult task if their arms are crossed. So, feel free to cross your arms while you think—in the privacy of your own cubicle.

Power posing—or puffing up your chest and stretching out your limbs to make yourself seem larger—is great way to pump yourself up, whether before a job interview or prior to public speaking.

But, doing this in public is equally as likely to stifle collaboration as closing yourself off. Connson Locke and Cameron Anderson recently published a study that showed that leaders who demonstrate a powerful demeanor inadvertently stifle participation. Locke and Anderson found that the more powerful a demeanor the leader displayed, the less likely followers were to participate in joint discussions.

So, if you want to hear what your team thinks, lean in toward others while they’re speaking, especially if you’re seated or at a table, which signals that you’re interested and invested in the conversation. Resist the urge to strike an alpha pose: If Superman would do it, save it for when you’re flying solo.

4. Looking Uninterested (or Too Intently)

Yes, it’s obvious that ignoring people will make them feel, well, ignored. You’d never do that. You may multitask, but—oh wait—yes, reading emails while listening to someone is the same as flat-out ignoring him or her.

The thing is, it just doesn’t look like you’re invested in the conversation. Remember that 55% of communication we talked about earlier? Even if you’re listening, you’re sending the message that you’re not interested. So, put down your laptop, phone, or any other distractions, and make eye contact with your colleagues.

Just don’t go so far as to overdo the eye contact. In a recent study, psychologists Julia Minson and Frances Chen demonstrated that people are less likely to be persuaded to agree with you when you make eye contact—it triggers a primal reaction, and people feel like you’re trying to dominate them. Experts suggest that making eye contact about 60% of the time is optimal.

Nodding is almost universally perceived as a sign of encouragement and acceptance. Robotics researchers seeking to facilitate smooth human-robot interaction have identified head nodding and tilting as essential components of successful dialogue.

If nodding can humanize a robot, imagine what it can do for you!

While leadership experts may advise against nodding (as it detracts from your leonine image), it’s an essential tool for encouraging collaboration. Particularly when asking a shy employee to contribute, nod or tilt your head to establish agreement and encouragement.

Limbic synchrony, or “mirroring,” naturally occurs in conversations when you feel connected and engaged. Mirroring is as it sounds—it means reflecting the gestures and postures of the person you’re engaging with. On the flip side, a failure to mirror the body language of your team members subconsciously communicates disengagement and dissent.

For example, if you notice a notoriously hard to engage co-worker is resting his chin in his palm while he listens, you might do the same. Look to see if your teammates are taking notes, or if a potential client uses a lot of hand gestures when she speaks (or none at all). Mirroring these actions will make others feel more comfortable with you.

Additionally, scientists at Stanford University found that “matching” gestures between team members was indicative of increased creativity and problem-solving. Scientists tasked a pair with brainstorming and found that the more a team’s movements were synchronized, the more creative the ideas the pair came up with.

Sometimes, it can feel like you’re just not clicking with your team. Practicing the techniques above can help you be more successful with future collaborations. 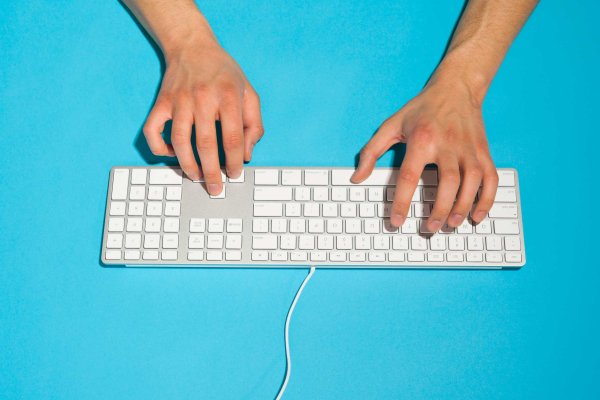 Your Email Is Killing You: 9 Ways to Survive
Next Up: Editor's Pick