The media has been abuzz with excitement for Super Bowl Sunday, and, more specifically, the halftime show.

This year, pop singer Katy Perry has snagged the coveted halftime performance slot, which, if the game sets another viewership record, will equate to playing for an audience of more than 112 million people. Rumors are flying back and forth about Perry and the upcoming show, as is to be expected with such a high-profile performance–but with one important difference.

Ever since country-turned-pop star Taylor Swift revealed the inspiration of her new song “Bad Blood,” which describes a feud between her and a fellow female artist who she refused to name, speculation was thrown in all directions about the woman in question. Swift accused her of “sabotaging her area tour” and stealing dancers out from under her.

“She did something so horrible,” Swift told Rolling Stone. “I was like, ‘Oh, we’re just straight-up enemies.’”

Soon after, Perry tweeted, “Watch out for the Regina George in sheep’s clothing,” which confirmed the public’s suspicion that Perry and Swift were the women with “bad blood” between them.

Now that Perry will have America’s attention for 12 solid minutes, the media is expecting a rebuttal. And besides a headline here or there about her many costume changes and special guests, that’s all anyone can talk about. HollywoodLife.com writes, “Now that Taylor has taken over the music scene with huge success from1989, Katy wants to ‘show she is the biggest female act,’ while performing at the 2015 Super Bowl.” “Katy Perry Wants To Get Back At Taylor Swift During The Super Bowl,” reads a Refinery29 headline.

The problem isn’t so much that they’re fighting in the first place, but rather that the public is feeding into this notion that women can’t revel in each others successes–they have to compete against each other. From rappers Nicki Minaj and Lil’ Kim to directors Jane Campion and Kathryn Bigelow, we constantly pit powerful women against each other, which encourages a culture in which women are made to feel like they can’t be allies.

This internalized female competitiveness is socially driven, not biologically. As Sarah MacDonald of Feminspire puts it, “Why are little girls told that if a girl is mean to them, they should avoid her, but if a boy is mean to her, it means he likes her?” And as the girl grows up, she’s surrounded by shows such as “The Real Housewives of….” and “Bad Girls Club,” which completely revolve around watching women fight.

According to Julie Frechette of Worcester State University, “this pattern of pitting women against each other for their personal and professional choices exemplifies the feminine-feminist conflict at the core of media stories about women’s identity and search for fulfillment in the realms of work, sex, and motherhood.” As women consider being prized by others (especially men) as their ultimate goal, they feel as though they need to compete against each other in order to win.

In terms of the media’s coverage of this year’s Super Bowl, this sexism is apparent when compared to the coverage of a male artist . If you look at the headlines surrounding Bruno Mars’ halftime performance last year, they are devoid of gossip or talk about Mars’ personal life. Instead, they have to do with his career.

“Bruno Mars Isn’t a Superstar Like Other Super Bowl Alumni, and That’s Why He’s the Perfect Choice,” said Adweek, praising his talent and ‘70s influences later in the article.

“Bruno Mars Super Bowl Music: What Songs Will The Artist Perform?” wrote Examiner.com. The only thing approaching scandal seemed to be Bruno Mars’ fear of the New Jersey cold.

The fact that Perry’s feud with Swift seems to be more important than her performance shows a fundamental lack of respect for Perry’s work and achievements as an artist. But the fact that the two singers have taken whatever disagreements they may or may not have to social media and interviews certainly doesn’t help. As women in positions of power, they both have a unique opportunity to change the conversation and be models of female empowerment. Hopefully, Perry will take the high road on Sunday and show those 112 million people that she is more than a gossip column. 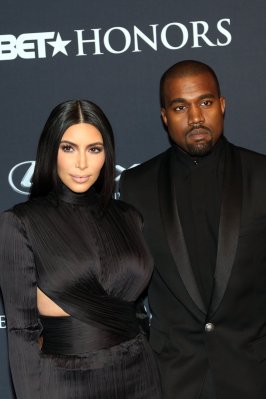 Kanye West: 'I'm a Better Human' Because of Kim Kardashian
Next Up: Editor's Pick