We’ve all heard of the placebo effect: just believing in the healing power of a pill is sometimes enough to make a person feel better, even when there’s not medicine inside. Now, a new study shows that when people take a drug believing it’s more expensive than it actually is, they tend to think the drug is working—even when it’s just a placebo.

In a study published in the journal Neurology, researchers told 12 people with Parkinson’s disease that they were receiving two variations of the same drug, but one was more expensive than the other. They were told that the study was meant to assess whether the two drugs were in fact similar in efficacy, and that one drug was $100 while the other was $1,500. Instead, the researchers gave them all saline solution, with no effect at all.

Before getting the drugs, everyone completed tests of their motor skills and had brain imaging performed. When given the saline injection, the patients were told that they were either getting the cheap or expensive shot first.

Interestingly, those who were told they were getting the expensive shot first improved their motor skills by 28%. In one of the exams, their motor skills shot up seven points with the expensive drug, but only three points on the cheap drug. Afterward, when everyone was told what actually happened in the study, eight people told the researchers that they had greater expectations for the expensive drug and were surprised by the the improvements they felt just by believing it would work better.

It’s possible that the people in the study experienced so a great placebo effect because receiving a placebo has been shown to increase the release of dopamine in the brain, and dopamine also impacts movement.

Though the authors acknowledge that they had to deceive the people in their study to get the results, they say that findings like theirs could one day help improve the quality of life for people with Parkinson’s. “The potentially large benefit of placebo, with or without price manipulations, is waiting to be untapped for patients with Parkinson’s disease as well as those with other neurologic and medical diseases,” they write. 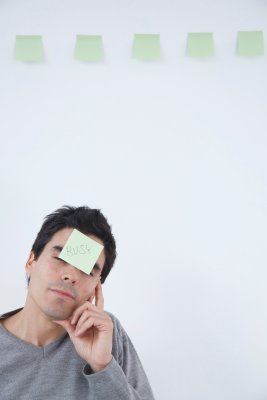 The Science Behind Procrastination
Next Up: Editor's Pick