Lawyers Amal Clooney and Geoffrey Robertso, arrive on Jan. 28, 2015 to attend the appeal hearing in Perincek case before the European Court of Human Rights in Strasbourg, France.
Frederick Florin—AFP/Getty Images
By People

After playing the role of red-carpet date for her husband, George Clooney, at the Golden Globes, Amal Clooney is taking off the white gloves and getting down to business.

Her latest mission: representing Armenia’s interests in a landmark trial before the European Court of Human Rights (ECHR) in Strasbourg, France, beginning Wednesday.

The case is an appeal of a 2013 ruling by the ECHR – described as the Supreme Court of Europe – in which the court decided that a Swiss law prohibiting the public denial of the Armenian genocide is a violation of freedom of speech.

Switzerland is now appealing the verdict, and the outcome of the trial could have ramifications for other European nations, such as France, which have also attempted to outlaw genocide denial.

For her part, Clooney, 36, will attempt to refute testimony from countries, like Turkey, which do not accept that the mass killing and forced deportation of Armenians by the Ottoman Empire from 1915-1923 was an act of genocide.

The appeal is Clooney’s first big case of 2015. Last year, she represented Greece in the country’s bid to have the Elgin Marbles returned from the British Museum.

More recently, she represented one of three Al Jazeera journalists imprisoned in Egypt.

Read next: Amal Alamuddin Clooney and the Rise of the Trophy Husband 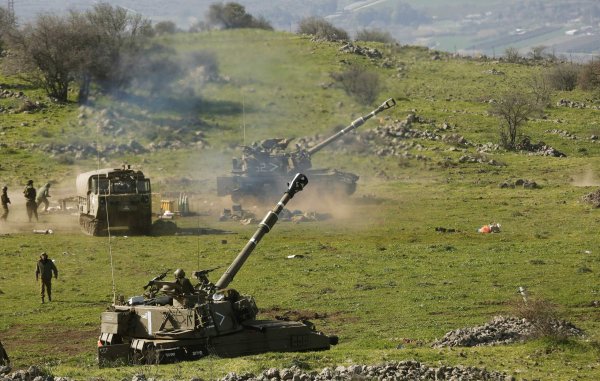 Israel and Hizballah Step Back
Next Up: Editor's Pick