The Republican politicians who hope to be the party’s presidential nominee in 2016 have some very different theories about why they would be best.

Not all of them have perfected the message they’ll take to next year’s primaries. But some of them have given a good preview of their best elevator pitch and they have very different arguments on what it takes to win.

Below are five one-minute excerpts of speeches by contenders for the GOP presidential nomination.

The setting: The 2014 Conservative Political Action Conference, an annual event for grassroots organizers

What he said: “When you don’t stand for principle, Democrats celebrate.”

The argument: The Texas Senator argued that Republicans lost recent elections when their candidates “stood for nothing” and that the party should pick a strongly conservative candidate to draw a contrast with Democrats.

The setting: The 2014 CPAC convention

What he said: “It isn’t good enough to pick the lesser of two evils. We must elect men and women of principle.”

The argument: The Kentucky Senator made a similar argument to Cruz, but the difference is that he is pitching a libertarian strand of thought to draw a contrast with politicians of both parties.

The setting: The 2012 Republican National Convention

What he said: “It’s possible to work together, achieve principled compromise and get results. The people have no patience for any other way.”

The argument: Though he was talking about then-nominee Mitt Romney, the New Jersey Governor’s argument that voters are looking for politicians who can cross the aisle also fits his own potential candidacy.

The setting: The Iowa Freedom Summit, a gathering of grassroots conservatives

What he said: “”If you’re not afraid to go big and go bold, you can actually get results. And if you get the job done, the voters will actually stand up with you.”

The argument: The Wisconsin Governor’s message is a blend of Cruz and Christie. He calling for politicians to stand on principle, but also making the case that results matter.

The setting: The Iowa Freedom Summit

What she said: “Our founders actually never envisioned a professional political class. They envisioned that … leaders would emerge from agriculture or commerce and would serve their nation.”

The argument: The former Hewlett-Packard CEO argued that voters weren’t seeking politicians who compromise or don’t, but rather the clean break that an outsider would bring. 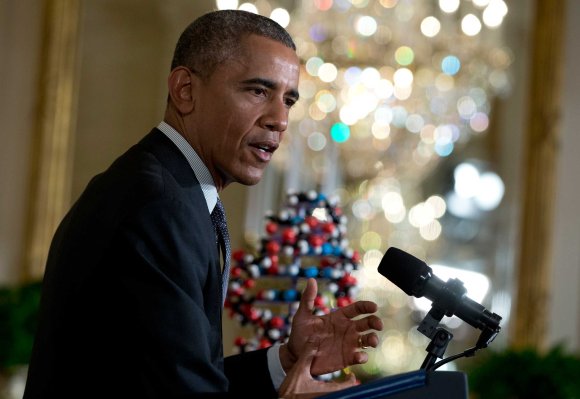