Paul Gets Assist from 2016 Rivals on 'Audit the Fed' Bill

The three Republicans senators potentially running for the White House in 2016 agree on at least one thing: The Federal Reserve should be audited.

The bill has a much greater chance of making it to the Senate floor under new Senate Majority Leader Mitch McConnell, who is one of 30 co-sponsors according to Paul’s office. Former Rep. Ron Paul, Rand’s father, pressed lawmakers for years to audit the Federal Reserve and similar bills have passed the Republican-controlled House in the past.

“A complete and thorough audit of the Fed will finally allow the American people to know exactly how their money is being spent by Washington,” said Paul in a statement. “The Fed’s currently operates under a cloak of secrecy and it has gone on for too long. The American people have a right to know what the Federal Reserve is doing with our nation’s money supply. The time to act is now.”

The bill is unlikely to be signed into law by President Obama. In December, Federal Reserve Chairwoman Janet Yellen said that she would “forcefully” oppose such legislation as it would jeopardize the central bank’s independence with “short-run political interference,” according to the Hill. 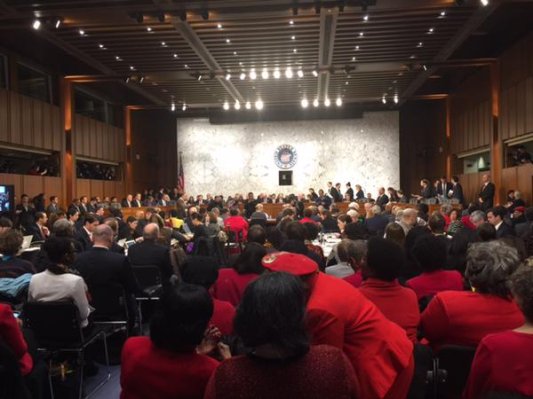