'Grammy Moments' Are the Worst Thing About the Grammys

The producers of this year’s Grammys recently announced a mix of artistic collaborations planned for the Feb. 8 ceremony, including Jessie J with Tom Jones, Hozier with Annie Lennox, and Lady Gaga with Tony Bennett. This is the latest iteration of what the producers have taken to calling “Grammy moments”: Performances in which a contemporary performer serendipitously uncovers a new side of their art or persona through a pairing with a more seasoned performer. This practice gives rise to what are the dullest moments on TV of the entire year. It should be stopped.

There have, historically, been more bad “Grammy moments” duets than good ones, and more mediocre ones than either. For every Beyoncé featuring Tina Turner, a fairly logical pairing of two acts whose mutual big-voiced hyperemotion made for some beautiful music, there’s several performances like Sting featuring Dave Matthews, Pharrell Williams, and Vince Gill. Covering The Beatles.

The notion of the “Grammy moment,” it would seem, is to prove that different sorts of music can go great together, that whether you love country or rap, it’s all just music. This makes perfect sense: That’s why a three-hour-plus awards ceremony at which different kinds of artists can perform, in sequence, is successful. But playing different kinds of music all at once tends just to be loud. Not all performance pairings are as completely random as the 2012 tribute to the Beach Boys starring Maroon 5 and Foster the People, but they all tend to present a dueling spectacle: A legacy act seeking to reassert their relevance with an emerging artist still struggling to define themselves. It’s the exact opposite of comfortable. Last year’s duet between Robin Thicke and Chicago featured the newer star screaming over the band even when he was off-camera, in a manner that felt less call-and-response and more “No, look at me!” It was a battle of wills.

Who can blame him? Thicke was a major nominee at the 2014 Grammys; a performance berth of his own, given that he had one of the Grammys’ favorite songs of the year, is not such a startling ask. If the Grammys weren’t confident in Thicke’s ability to anchor a performance on his own without a sprinkling of other people’s hits, they probably shouldn’t have invited him to a music awards show. The pairing tends especially to put newer artists in their worse light, creating an implicit comparison between an unfamiliar figure and a super-beloved star from the past. Would the criticism of Taylor Swift’s missed notes at her 2010 performance have been as intense had she not been dueting with Stevie Nicks, whose vocal tics are familiar and beloved? That was a major setback for Swift, and one that didn’t need to be quite so pronounced.

If an artist wants to do a duet, great! The fact that they’re choosing to do so will make for real chemistry. But poor Jessie J had been barely known in America until finding a breakout hit with “Bang Bang,” and now has to spend a major performance in the shadow of Tom Jones, who’s both exponentially more famous than she is and ruthless in his ability to find and seduce the camera. Lady Gaga and Tony Bennett, at least, are promoting an album of duets they released together last year, but it seems informed by a playbook the Grammys show has popularized in the past decade: Combine two artists who seem to have nothing in common, and, somehow, it will end up great! The album’s been something of a comeback for Gaga after the underperforming Artpop, but it also feels like she’s in a holding pattern. Subsuming one’s own identity to something that was popular in the past is a great way to forestall doing anything new. Jessie J and Hozier are nominated for Grammys, this year, for new work they’ve undertaken; their invitation to perform at the Grammys was contingent on their ceding the spotlight to their predecessors. The most gracious thing a legend like Tony Bennett or Annie Lennox or Tom Jones could do, in most situations, would be to allow an emerging star to show off their skills. After all, that’s how a legend is made. 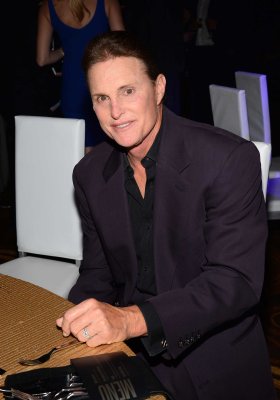