Hennes & Mauritz AB, more commonly known as H&M, has announced plans to open 400 new stores in 2015, a move that comes after the Swedish retailer reported profit leapt 17% for the latest year. Here are the most important points from the retailer’s latest earnings report.

What you need to know: H&M, a major powerhouse in the world of retail, is accelerating store opening plans in 2015 and intends to open an additional 400 stores on top of the 3,511 locations it already operates. In 2014, H&M opened 379 new stores. The new store openings for this year will mostly occur in China and the U.S., although H&M said it will debut in several new markets this year, including South Africa, India, and Peru.

The U.S. is the company’s second-largest sales market after Germany, and an important growth market. H&M opened 51 stores in the U.S. last year — that’s more than any other market outside China, where 86 stores were added. Sales in the U.S. leapt 26%, among the better-performing markets for the year ending on Nov. 30, although H&M’s sales grew broadly across all major markets.

H&M is a fast-fashion purveyor that turns around trend designs quickly, taking away business from teen-focused retailers and other rivals that take a longer time to respond. Sales growth in the U.S. has far outpaced those reported by Gap, for example, while teen retailers such as Abercrombie & Fitch have seen their businesses suffer a bruising decline as tastes have changed in favor of H&M and rival Forever 21.

The big number: Profit for the full year after taxes totaled 19.98 billion Swedish kroner ($2.4 billion in U.S. currency), up 17% from a year ago. H&M gave an early indication that sales growth will continue to remain strong early in 2015, with sales up 15% in December and expected to rise 14% in January.

What you might have missed: H&M also unveiled a plan to launch a new beauty concept with an initial debut in about 900 stores and online beginning this fall. The new concept will comprise of a range of make-up, body care, and hair care items, and will replace H&M’s current own-brand cosmetics line. H&M didn’t say much about the line, or why it was changing its strategy in beauty, although the move is the latest step by the apparel chain to diversify its product range.

H&M last year debuted a sport-focused line, and also expanded the amount of shoes it sold in some of its stores. Sportswear, which has been an increasingly popular apparel trend that has boosted results for Nike and Under Armour in the U.S., has lured H&M, Forever 21, and other rivals that haven’t traditionally focused on that category. For example, H&M’s U.S. online store lists 124 items for women under sportswear, selling a range of clothes meant for the gym or even to be worn more casually, and not necessarily for athletic purposes. That’s a dominant trend in retail today, as yoga pants take the place of jeans for everyday wear (in one of many examples). 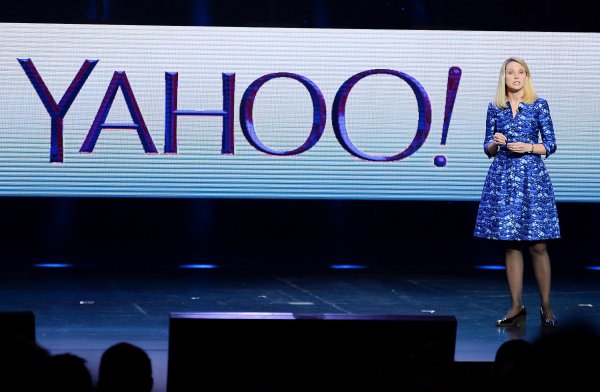 Yahoo to Spin Off Alibaba Stake
Next Up: Editor's Pick