An new iPad owner syncs the device with his laptop computer while visiting a Starbucks Coffee location April 3, 2010 in Fort Worth, Texas.
Tom Pennington&mdash;Getty Images
By Victor Luckerson

The Federal Communications Commission is cracking down on hotels that try to ban customers from using their personal hotspots.

The agency issued an enforcement advisory Tuesday explicitly prohibiting hotels from interfering with Wi-Fi hotspots that customers may set up using their mobile phones and data plans. The ban also extends to convention centers and other commercial establishments.

“The Enforcement Bureau has seen a disturbing trend in which hotels and other commercial establishments block wireless consumers from using their own personal Wi-Fi hot spots on the commercial establishment’s premises,” the FCC wrote. “As a result, the Bureau is protecting consumers by aggressively investigating and acting against such unlawful intentional interference.”

The issue came to a head thanks to consumer complaints at a Marriott-owned hotel in Nashville, where people’s personal hotspots were being blocked in the hotel’s conference rooms. The FCC fined Marriott $600,000 for the act in October, though Marriott claimed it shut down the hotspots for security reasons. With the new decree, it seems that line of reasoning wasn’t good enough for the FCC. 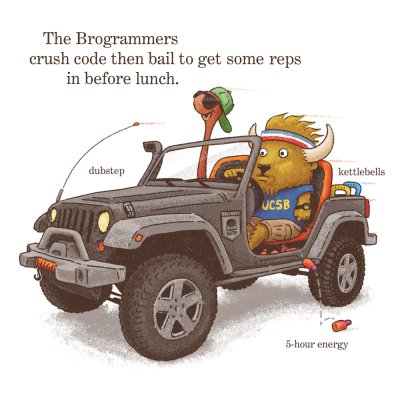 This Is How Richard Scarry Would Draw Silicon Valley's Most Infamous Stereotypes
Next Up: Editor's Pick