How the Challenger Disaster Happened

When the Space Shuttle Challenger lifted off on Jan. 28, 1986, space flight was supposed to be safe. As TIME noted in a cover story that ran in the Feb. 10 issue of that year, NASA had spent 25 years sending Americans into space, at an average pace of about twice a year. That aura of safety was part of the reason why Christa McAuliffe, a teacher from New Hampshire, was on board, the first non-astronaut to have that privilege.

It was also part of the reason why what happened to the Challenger on that day was so shocking. As the nation watched live, “McAuliffe and six astronauts had disappeared in an orange- and-white fireball nine miles above the Atlantic Ocean,” TIME reported. “So too had the space shuttle Challenger, the trusted $1.2 billion workhorse on which they had been riding.”

It was not immediately clear why things had turned sour, even as the launch procedure seemed to be going perfectly. But, as TIME explained in the diagram below, which ran with a story in that issue about how NASA was investigating the disaster, the what was a fire that started in an external fuel tank:

Read the full cover story, as well as obituaries of each of the seven crew members, here in the TIME Vault:
Space Shuttle Challenger 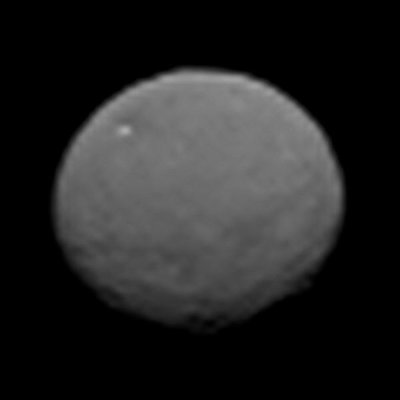 Best-Ever Photo of Dwarf Planet Ceres
Next Up: Editor's Pick