Coming soon is Jurassic World, the reboot of a beloved franchise, a movie where you get to look cool riding a motorcycle through a pack of velociraptors. Maybe you’ll get to make a sequel to that. (The Lost Park: Jurassic World?) Pretty soon you’ll be filming a western with Denzel Washington. Every time you show up on a late night talk show, the whole notion of “late-night talk shows” gets resurrected from oblivion. Channing Tatum really, really wanted to surprise you with a Ghostbusters origin prequel, the 2015 movie-star-bro equivalent of surprising your college roommate with a road trip to Tijuana. When you go home at night, you can watch yourself on the final season of Parks & Recreation, a show that basically let you spend seven years stealing scenes from very funny people. Also, you’re married to Anna Faris.

So what do you do next? Maybe Indiana Jones? Well, you’re in luck, Fake Chris Pratt Who Has Time To Read Blog Posts: Deadline reports that Disney is considering hiring you for an in-the-works reboot of the Indiana Jones franchise.

Is this a good idea? Is this a bad idea? Is this just a studio just kind of ambiently considering casting everyone’s favorite person of the moment in a big-name role? Let’s consider the case for and against:

Good Idea: Pratt in Guardians of the Galaxy was the Han Solo figure we’ve been waiting for after a generation of Skywalkers. He’s funny! He’s a scoundrel! He’s not the chosen one with a mystical parent destined to save the universe from the forces of darkness? Well…actually he was that last part—but it’s a testament to Pratt’s genial charm that his Peter Quill felt like a real human being even when the movie occasionally wedged him into a capital-letters Hero’s Journey.

And this is precisely what Indiana Jones calls for: Someone with the easy charm, the manly poise, the authentic guy-ness of early ’80s Harrison Ford. Like Ford, Pratt’s history is the story of a guy working hard to get his moment in the sun—and if Pratt doesn’t have anything on his résumé like Ford’s “I was just a carpenter, man” origin myth, he does have the Scooby-Doo Maui Van-House.

Bad Idea: You could frontload the argument by pointing out that part of Pratt’s charm is rooted in his character’s simplicity. But Indiana Jones is an archaeologist and a college professor: You completely believe it when Ford puts on his nerd-glasses, and there is something enthralling about listening to his Indiana Jones spout historical-mythic exposition.

We should also remember that Han Solo and Indiana Jones are—in small but pivotal ways—very different characters. Part of the key to Ford-as-Solo is how he seems to be slightly ridiculing all the woozy cosmic melodrama around him. (“Absolutely, Your Worship.”) Ford-as-Indiana is funny, too, but he’s also much more of a classical romantic hero. Could Pratt do this? Would he even want to?

There are also more general career implications here: The question of how many franchises a single man should carry. The more specific question of how many Disneyfranchises a grown-up would want to carry. And at least one hyper-specific-for-Chris-Pratt question: Should a Steven Spielberg franchise with one great movie and at least one terrible movie actually even get rebooted, without Spielberg? 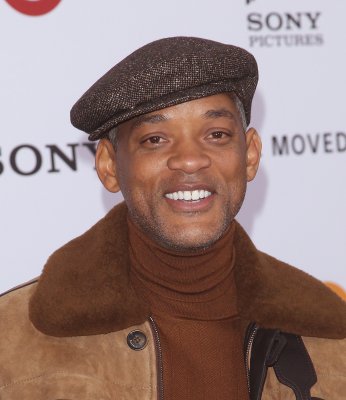 Will Smith’s Concussion to Be Released on Christmas Day
Next Up: Editor's Pick