Fake Twitter Bomb Threats to Airlines On the Rise

Airline bomb threats on Twitter have disrupted at least sixteen flights in the past five days, prompting new concerns about aviation security — and the way pranksters can cause serious trouble with social media.

Most recently, an American Airlines flight landed in Chicago safely Tuesday after a tweet claiming to be from the Islamic State of Iraq and Greater Syria (ISIS) claimed there was a bomb on board, USA Today reports.

That same day, another (now suspended) Twitter account called @RansomTheThug also claimed there was a bomb aboard a United Airlines flight that had already been canceled days earlier due to blizzard concerns. “In terms of the quantity of threats we’re seeing now, you just haven’t seen it,” Glen Winn, former head of security at United Airlines and Northwest Airlines, said.

But as was the case with the 14-year-old Dutch girl who threatened American Airlines as a joke last year, not every tweet is serious. “In the history of aviation sabotage, I don’t believe there’s ever been a threat called in where there’s actually been a bomb,” Douglas Laird, a former security director at Northwest Airlines, said.

Still, all threats are taken seriously and evaluated by airline security according to confidential criteria. Airlines are also required to report threats to Transportation Security Administration. 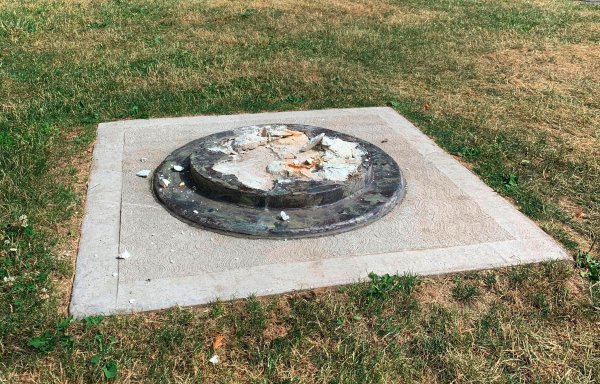