Girls who consume a lot of sugary drinks, like sodas, often get their periods earlier than girls who do not, according to a new study.

Starting periods early is concerning since it can indicate a risk for breast cancer later in life. A one-year decrease in age at the start of a girl’s first menstrual cycle is estimated to increase the risk of breast cancer by 5%, the study authors say.

On average the girls drinking the most sugary beverages got their first period at 12.8 years, while girls drinking the smallest amount got theirs at age 13. The difference may seem small, but the researchers say that the few months discrepancy is a noticeable amount of time to be attributed to sugary drinks.

Since sugary beverages have a high glycemic index, the researchers say it’s possible that the resulting increase of insulin may raise the girls’ concentrations of sex hormones. These changes in sex hormones can cause earlier menstruation. The researchers also point out that 1.5 servings of sugary drinks is far less than what many young girls drink.

It’s been observed in both the United States and around the world that many girls are getting their periods at younger ages. The reason is not fully understood, and some medical experts speculate it could be linked to exposures to toxins like bisphenol A (BPA) or due to increasing weight or stress. The new research suggests diet could be a great factor, and the study authors say the link between sugary drinks and early menstruation should undergo further research. 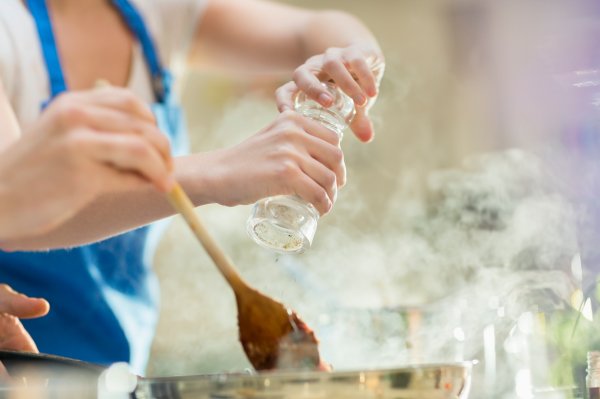 4 Cooking Mistakes That Make You Gain Weight
Next Up: Editor's Pick