On Monday, authorities arrested Evgeny Buryakov, a New York-based employee of a Russian bank who is accused of working for the SVR, Russia’s version of the CIA. Two other accomplices that were part of a Russian spy ring reportedly got away. The news comes just days before FX’s Russian spy drama The Americans returns for its third season.

“Truthfully, our first question [after Buryakov’s arrest] was, we wonder if they were watching the show,” Americans executive producer Joel Fields tells EW. Adds the show’s creator Joe Weisberg: “They must’ve been watching the show. They had to be.”

The series stars Keri Russell and Matthew Rhys as undercover Russian operatives living in the United States, though the show takes place in the ’80s during the height of the Cold War. The timing, the producers say, couldn’t be better for the arrest.

“Are those guys, in their cell, saying, ‘Look, Wednesday night, we have one request’?” Fields jokes, implying that Buryakov hopes to watch the season 3 premiere. “That’s what’s going to get them to talk, I think. Maybe that was why they arrested them before the premiere, because they knew they’d have that leverage over them.”

In truth, the timing of the arrest could help the FX drama in the ratings. The acclaimed series debuted to 3.22 million viewers back in 2013, but subsequently dropped below 2 million viewers throughout its first and second seasons. Its season 2 finale drew a modest 1.29 million viewers and a 0.5 in the coveted 18-49 demographic.

The Americans returns Wednesday at 10 p.m. ET on FX. 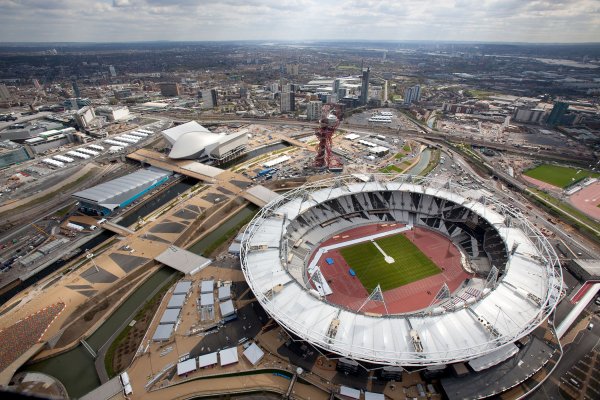 Smithsonian Wants to Open Museum in London
Next Up: Editor's Pick