Speaker of the House John Boehner takes questions during a news conference on Capitol Hill on Jan. 16, 2014 in Washington, DC.
Drew Angerer—Getty Images
By Alex Rogers

The deep divisions over illegal immigration were laid bare on Tuesday, as the House GOP discussed how to sue the President over his recent executive actions and Senate Democrats joined together to pressure the new Republican leadership to back down from controversial provisions in a must-pass spending bill next month.

Republicans have struggled to coalesce around a strategy opposing Obama’s November decision to temporarily defer deportations and provide work permits to up to five million people who entered the country illegally. Republicans led the effort to pass a short-term funding bill for the Department of Homeland Security—which enacted the President’s immigration actions—to increase their leverage with the new Republicans Senate.

But after every Senate Democrat signed a letter on Tuesday calling on Senate Majority Leader Mitch McConnell to pass a DHS bill for the remainder of the fiscal year without the House package’s immigration provisions—including one that would defund Obama’s 2012 program granting deportation relief to young adults who came to the country illegally as children—it’s clear Senate Republicans won’t be able to pass the House’s dream bill. Republicans only control 54 seats in the Senate; they need 60 to pass the bill and 67 to overcome a White House veto. Congress needs to pass a spending bill by February 27 or “nonessential” parts of the agency will shut down.

“The message we are sending today is clear: we should not play politics with critical homeland security resources that keep our country safe,” said New Hampshire Democrat Jeanne Shaheen, who helped orchestrate the Democratic letter. “Protecting our homeland from threats is one of our most important responsibilities here in Congress, and I hope Republicans will put aside partisanship to live up to this responsibility.”

After rejecting the Senate’s bipartisan, comprehensive immigration reform bill in 2013, House Republicans said that will consider the issue in a step-by-step approach, starting with border security. But the House GOP leadership pulled its recent bill—led by chief sponsor and Texas Rep. Michael McCaul, who has branded it the “toughest” ever—on Monday due to the blizzard. While there was talk of attaching the bill to the DHS funding package, the bill’s status is now up in the air as conservatives claim credit for sidetracking it. DHS Secretary Jeh Johnson has said that the bill, which would set new penalties unless the agency prevents all illegal U.S. southern border crossings in five years, is “extreme to the point of being unworkable,” while the nonpartisan Congressional Budget Office expects that the agency would be unable to meet the bill’s deadline requirements for “nearly all construction projects.”

Another option Republicans are considering is to sue the Administration over the President’s immigration executive actions. House Speaker John Boehner reportedly told colleagues on Tuesday that the leadership is “finalizing” plans to authorize litigation, but that effort will be time-intensive, potentially expensive, unlikely to address some conservatives’ concerns and could very well not hold up in court. Republicans on the Hill are not alone, however, as 26 states are protesting Obama’s executive actions through a lawsuit.

Last year before Obama announced his executive actions on immigration, Boehner warned Obama that he would “burn himself” if he proceeded. He has since decried the actions as unlawful and unconstitutional. But from here on, he may be left to speeches. After the Senate Democrats’ letter Tuesday, it’s as clear as it has ever been that Republicans have few good options to overturn what they believe is a massive executive overreach. 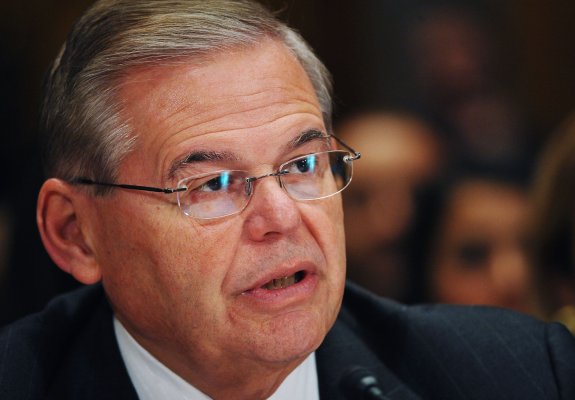