An Afghan policeman stands guard near the site of an attack in Kabul, March 25, 2014.
Zohra Bensemra—Reuters
By Denver Nicks

Taliban militants attacked an election office in the Afghan capital Tuesday next to the home of one of the country’s leading presidential candidates, Ashraf Ghani.

Ghani was not in the house, which is adjacent to a provincial election office, at the time of the attack but his family was home and the house was hit during the assault, an aide said. There are no reports of casualties, Reuters reports.

At least two suicide bombings on the election office were followed by a lengthy gun battle between the Taliban and Afghan security forces. The Taliban, which claimed credit for the attack, has promised bombings and assassinations in the run up to Afghanistan’s April 5 presidential elections. With outgoing president Hamid Karzai barred from running for another term, the election is set to be the country’s first-ever democratic transfer of power.

Ghani, a former World Bank official, said on Twitter that his family was not harmed in the attack. 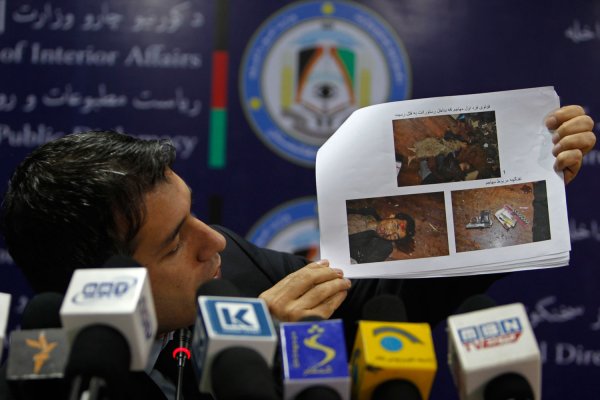 AFP Reporter, Family Among Dead in Kabul Hotel Attack
Next Up: Editor's Pick