Separation of Church and State Is Important, But So Is Faith in Congress

Ideas
By Serene Jones
Rev. Dr. Serene Jones is President of Union Theological Seminary in the City of New York, where she also holds the Johnston Family Chair in Religion and Democracy. She is Vice President of the American Academy of Religion, an ordained minister in the United Church of Christ and the Christian Church (Disciples of Christ) and author of Trauma and Grace: Theology in a Ruptured World.

At Union Theological Seminary, we strive to be educators wherever we are — in the classroom, in the pulpit, on the streets, and in our homes and communities. This week we hope to be educators on Capitol Hill.

Tuesday, Union will host the first-ever Congressional Orientation on Faith and Governing. Senator Chris Coons and Representatives Jim Clyburn, Emanuel Cleaver, and John Lewis are sponsoring the day. As far as we know, nothing quite like this has ever been done before — on the left or the right — so we are prayerfully breaking new and exciting ground.

The day will put members of Congress in conversation with professors from Union, along with leaders from a variety of D.C.-based organizations working for justice, including Jim Wallis, president and founder of Sojourners, Jennifer Butler, CEO of Faith in Public Life, Bishop Gene Robinson, Senior Fellow at the Center for American Progress, and Rev. James Forbes of the Drum Major Institute.

The separation of church and state is a bedrock American value — we all agree on that. But, importantly, so is the connection of faith, values, and public policy. On this, however, there is often unnecessary confusion.

This is just as true for you and me as it is for members of Congress on both sides of the aisle. Just as King Solomon knew that you couldn’t cut a baby in half and expect it to live, we know that you can’t separate faith, values, and politics and expect our democracy to thrive. People who claim that they separate their faith and values from their politics are woefully unaware of themselves.

The founders of our country recognized that these religious, community, and moral values play an invaluable role in building a just society. They knew that the democracy they created would be ruled by people, and that the people who dig into their faith or moral convictions for wisdom govern the best.

Despite what you might see on TV, this holds true just as much for those of us who are progressive as it does for our conservative brothers and sisters.

Today’s orientation will allow members to explore how their spirituality intersects with their service to the country. While Union is a Christian seminary, we will speak from a broad perspective on faith so that those who practice Judaism, Islam, Buddhism, or who have no faith at all will learn how best to engage their spirituality and the spirituality of their constituents.

Many people think when politics and religion mix, the consequences are disastrous. It simply doesn’t have to be that way. We can and must draw a distinction between the imposition of specific religious prescriptions, and the drive and motivation that comes from the bedrock values of our great faith traditions which can move our policy agenda to a better, more just, and inclusive place.

Union was founded in 1836 by those “deeply impressed by the claims of the world upon the church.” We follow in the footsteps of Dietrich Bonhoeffer, Reinhold Niebuhr, and Paul Tillich, as current professors like Cornel West and Gary Dorrien speak prophetically on issues of race and economics. We know from our experience that progressive organizing like the March from Selma can be rooted in the healthy soil of sincere religious conviction.

This week, we hope to broaden the conversation on faith and politics. As the years go on, we hope more members of both parties join us so that we have a Congress with a deeper appreciation of the relevance of faith and the broad range of public policy convictions that come from it.

In such a fractured and polarized Washington, maybe a little faith will help raise the level of public discourse. That would count as an answered prayer for the American people. 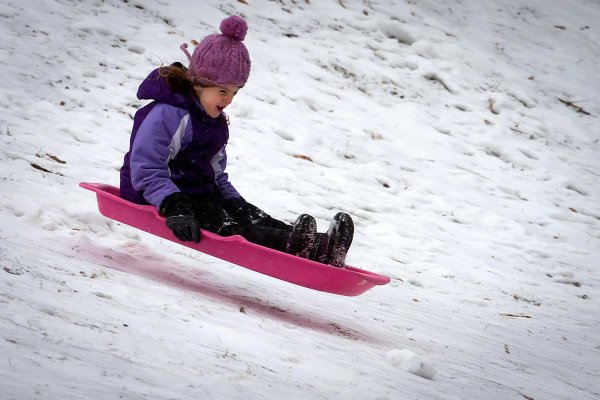 Hey, That 'Moron' Who Did or Didn't Cancel School (or Close the Subway, or Shut Down the Roads) Is My Dad
Next Up: Editor's Pick