Every modern event has a hashtag and this morning, as New York City takes stock of the #snowmageddon2015 that wasn’t, it’s turning to #snowperbole.

On Monday, as Governor Cuomo, Governor Christie, and Mayor de Blasio rushed to out-serious each other, New Yorkers were whipped into a fear frenzy. Supermarket shelves were stripped bare, photos of Whole Foods depleted of kale circulated, and people stocked up for what would likely be days (maybe weeks!) indoors.

Even as we were doing it, we acknowledged it didn’t make much sense. After all, we’re in New York City. Bodegas never close. Delivery guys on bicycles have been a constant through all previous winter storms. All New Yorkers have their stories. That time we ordered Chinese Food during the snowstorm of 1994. Swimming on Brighton Beach during Hurricane Gloria. Buying Poptarts at the corner bodega during Sandy. Driving from Manhattan to Brooklyn and back again during the blackout of 2003. Yes, those are all mine.

As we waited for the storm deemed “historic,” the only real history was made when the subway shut down for the first time ever in preparation for snow. The real insult came when it was reported later that the trains were indeed still running, empty, as trains needed to keep moving to clear the tracks. Citibike was shut down. Cars were banned from the roads and anyone who didn’t take heed risked being fined.

These are all symptoms of our infantilizing “do something!” culture. Everyone understands the pressure politicians feel to be seen as proactive. But this time they went way too far in the name of protecting us. It’s one thing to warn drivers that conditions are dangerous and that they go out at their own risk. It’s another to shut down all roads in the city that allegedly never sleeps.

The 11 p.m. curfew resulted in lost wages for delivery people who count on larger-than-usual tips during inclement weather. Why couldn’t they make their own decisions about working during the snow? Not everyone makes a salary the way our mayor and governor do. Many workers count on their hourly wage, and their tips, to make their rent each month.

The storm was a dud, but even if had been as severe as predicted, bringing a city like New York to a preemptive standstill makes little sense. The people who keep New York humming take the subway after 11pm and can decide for themselves whether to keep their businesses open. Preparedness doesn’t have to mean panic.

Read next: 9 Takeaways from the 2015 Blizzard Bust 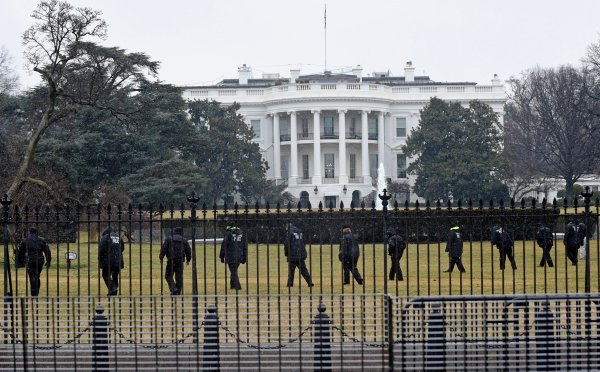 The Drone Threat May Be the Only Problem the Secret Service Is on Top Of
Next Up: Editor's Pick