Some people are really, really upset that some of the footballs the New England Patriots provided for the semifinal game against the Indianapolis Colts were under-inflated. Most people are referring to this scandal as “Deflategate” or, in some cases, an even more tasteful moniker: “Ballghazi.”

But comedian Louis C.K., who, as a Boston native, identifies as a Patriots fan, isn’t upset at all, as he explained to David Letterman Monday night. Why? “It’s a stupid football game. Just deflate the balls, poke a guy in the eye or whatever. It’s football.”

C.K. also made sure to defend the Patriots when Letterman asked why the team might do such a thing. “Well, because they want to win real bad. Sometimes you do stuff that’s not fair, so that you can win. I have no problem with it.”

Can someone give Louis C.K. a job as a sports commentator please? 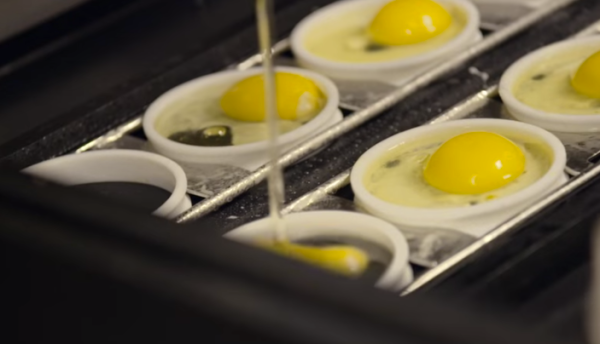 Here's How McDonald's Makes Its Egg McMuffins
Next Up: Editor's Pick