Why The Americans Still Resonates Decades After the Cold War

In the second season of The Americans, Philip Jennings (Matthew Rhys) pulls into his driveway in a brand new Camaro Z-28, rock and roll blasting through the open windows. His wife Elizabeth (Keri Russell) looks on, incredulous. The car was an unnecessary splurge, given that their previous ride ran just fine, and Elizabeth expresses her dismay later that night.

“Don’t you enjoy any of this?” Philip asks, admitting that despite his commitment to Communism, a touch of capitalist excess here and there isn’t so bad. “That’s not why I’m here,” she says, and walks out.

The Americans, which returns for a third season Wednesday night, is about a lot of things: loyalty and deception, ideology and sacrifice, marriage and, increasingly, parenthood. But at its core, the show is about identity — the tension between the false identity on display and the true identity within. The name of the show, itself, is a play on this tension: “The Americans” are who Philip and Elizabeth pretend to be, but not who they really are. Their struggle to conceal themselves without fundamentally changing themselves — hence Elizabeth’s side-eye at the new car — is what propels the drama forward.

For those who haven’t been following along: Philip and Elizabeth Jennings are KGB operatives living undercover in Falls Church, Virginia, a suburb of Washington, D.C., in 1981. They’ve been stateside for 20 years, in a professionally-arranged but not loveless marriage that produced two children. The Jenningses’ ability to fulfill their responsibilities to the motherland hinges on their blending in seamlessly with their neighbors — any hint of an accent, or a too-enthusiastic reaction to a taste of Beluga caviar, and their cover could be blown.

The tension between their real and fake identities plays out most dramatically in their relationships with each other and their children. It’s palpable in Elizabeth’s disapproval of Philip’s assimilation, her fear that his fitting in so well isn’t just a professional strategy, but a weakening of will. And it’s apparent in both parents’ regret that their children — unaware of their own Soviet heritage — are growing up with the exact system of values Philip and Elizabeth risk their lives daily to topple. Having children was, initially, just one more item on their checklist of playing a believable American family. The result, though, was an actual American family.

What makes this show so resonant today, despite the fact that the Cold War has been over for as long as Taylor Swift has been alive, is the framework it provides for the issues of identity and assimilation that have only intensified in the intervening years. There’s something universal about the way Philip and Elizabeth maintain public and private personas, struggling to hold onto their ideals in a hostile environment. Participation in many of this country’s institutions requires assimilation; assimilation requires compromises some people are unwilling to make. When these quandaries extend to raising children, who are more susceptible to the influence of peers and advertisers than their own parents, the stakes only get higher.

The Americans isn’t the only show on TV right now honing in on the complicated nature of layered and conflicting identities. Blackish, Transparent and Fresh Off the Boat are just three recent (and, in the case of the latter, forthcoming) shows that place identity — not identity politics, but the thorny web of actual lived American identity — at their centers.

There is no singular process by which the characters on these shows attempt to reconcile their identities. In Blackish, patriarch Andre Johnson (Anthony Anderson) redirects his frustration at being commodified at work — named vice president of his advertising firm’s “Urban Division” because he is perceived, despite his affluent suburban lifestyle, as “urban” — into an overzealous attempt to steer his son away from traditionally non-black pursuits like field hockey.

In Transparent, Mort Pfefferman (Jeffrey Tambor) conceals his true identity as a woman until he finds the courage to reveal it to his children, beginning to match his outward appearance with his inner life. As Maura, Tambor’s character trades the privilege of her former maleness for the freedom of true self-expression. She achieves a more harmonious relationship between the once-clashing dual identities of physical appearance and gender, but the reaction of the outside world is not unanimously kind.

How Fresh Off the Boat will tackle its young protagonist’s identity as the Taiwanese-Chinese-American son of immigrant parents remains to be seen, as the show doesn’t premiere until Feb. 5. But based on tidbits from Eddie Huang, on whose memoir the show is based, it will, among other things, depict the ways in which the dominant culture made a young Huang feel “almost shamed into assimilation.”

The crucial difference between these shows and The Americans, of course, is that Philip and Elizabeth are white and cisgender; the very identity they assume, even if it causes them distress, is one that affords them great privilege. Unlike Andre or Eddie or Maura, the identity they present to the world isn’t met with racism, commodification or bewilderment. It is not subjected to pressure to assimilate, because it already is assimilated.

Still, Philip and Elizabeth struggle with their identity, because they look — and act and dress and eat — exactly like their white, middle-class neighbors. Where Eddie and Andre want desperately to be seen as they are, Philip and Elizabeth are trying desperately to keep it concealed. And unlike the characters in those shows, the Jenningses’ double lives are ones that they chose. There’s an out for them, even if it means giving up everything and moving to Lichtenstein. Their ideology and national allegiance might feel as much a part of them as the color of their skin, but ultimately, it’s not immutable.

The Americans isn’t about assimilation in the same way that those other shows are, but they all reflect a growing desire among viewers to engage with the question of what it means to be American: how many different ways there are to be American; how we transmit these to future generations; how many questions there are to ask ourselves about what we’re willing to do for a sense of belonging, and what we expect in return.

The dualities of our lives — whether we choose or inherit them, confront or ignore them, benefit or suffer from them — are a huge, and universal, part of the human experience. It’s no coincidence they make for great TV. 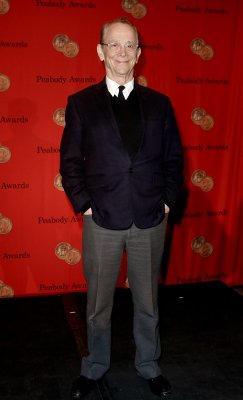 Broadway Legend Joel Grey Reveals That He is Gay
Next Up: Editor's Pick