At Last, You Can Read Harry Potter in the Gryffindor Common Room

It took 14 years for J.K. Rowling to agree to make the Harry Potter series available digitally. And while the seven books hit the e-shelves in 2011 through Rowling’s fan site Pottermore, they’ve never been available like this. The e-reading subscription service Oyster — often called the Netflix of books, since it lets you stream an unlimited number of books on many devices for $9.95 a month — has worked with Pottermore to bring the entire series and the complete Hogwarts Library to users.

Oyster is noteworthy for having a customizable user experience: readers can alter the visual theme of their book. But those reading the Potter series can choose a Hogwarts house to read in — where the font and colors will reflect whether you’re a Gryffindor, Slytherin, Ravenclaw or Hufflepuff. Users can even tap a Sorting Hat icon that will place them in a house to read in at random. (That is, you no longer need to make polyjuice potion to get inside Slytherin.)

Readers can choose a custom House Theme to read in.
Oyster

The “Hogwarts Library” that will be featured on the service includes three books that once only existed in the wizarding world: Quidditch Through the Ages, Fantastic Beasts and Where to Find Them, and The Tales of Beedle the Bard. Fantastic Beasts, a textbook “written by” Newt Scamander, is being turned into a Potter spinoff of three films, the first of which will hit theaters November 18, 2016.

“Fantastic Beasts and Where to Find Them is neither a prequel nor a sequel to the Harry Potter series, but an extension of the wizarding world,” Rowling, who is penning the screenplay, said in a statement in 2013. “The laws and customs of the hidden magical society will be familiar to anyone who has read the Harry Potter books or seen the films, but Newt’s story will start in New York, seventy years before Harry’s gets underway.”

Long story short: now is a good time to study up on Thestrals, Hippogrifs and Norwegian Ridgebacks.

Read next: The Harry Potter Actor Who Played Malfoy Is Seriously Bummed He Was Sorted Into Gryffindor 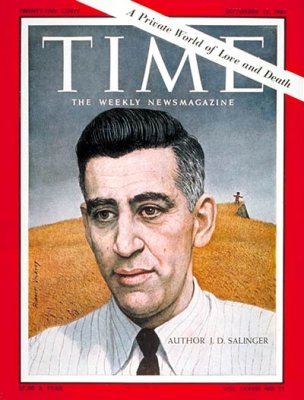 Read TIME's Original Review of 'The Catcher in the Rye'
Next Up: Editor's Pick