What You Should Know About Chronic Lyme Disease

Real Housewives of Beverly Hills star Yolanda Foster is making waves with her recent blog post about her struggle with chronic Lyme disease. Foster, who was diagnosed with Lyme in 2012, according to People.com, says she’s had severe mental impairment from her condition, writing, “I have lost the ability to read, write, or even watch TV, because I can’t process information or any stimulation for that matter.”

But don’t antibiotics cure Lyme disease and, if so, what exactly is chronic Lyme? Health has the scoop:

What is Lyme disease and how is it treated?

Lyme disease is a bacterial infection, caused by the bacteria Borrelia burgdorferi and transmitted by ticks. It hits more of us than we realize—the Centers for Disease Control and Prevention estimates that about 300,000 people are diagnosed with the disorder each year, about 10 times higher than the number actually reported to the CDC. Left untreated, it can cause symptoms such as headaches and neck stiffness, pain and swelling in joints, even neurological symptoms such as memory problems.

Lyme is diagnosed based on symptoms (including the distinctive “bull’s-eye rash“) and blood tests. Most people recover with a 21-day course of antibiotics, though if the disease has spread to your central nervous system, you may need a longer course (2-4 weeks) of intravenous antibiotics.

Is there such a thing as chronic Lyme?

While in rare cases an infection can still persist, “when patients talk about chronic Lyme, they’re usually referring to what doctors term ‘post-treatment Lyme disease syndrome,’ where you still have a cluster of symptoms such as fatigue, trouble concentrating, and muscle and joint aches after treatment,” explains Brian Fallon, MD, MPH, director of the Lyme and Tick-Borne Diseases Research Center at Columbia University Medical Center. The CDC says approximately 10 to 20% of Lyme disease patients will have lingering symptoms like these. While it’s not clear what causes it, “it could be damage done to the body by the bacteria itself, or it could even be neurotransmitter changes in the brain induced by the prior Lyme disease,” Dr. Fallon says.

How is post-Lyme syndrome treated?

The treatment is itself controversial, mainly because it’s virtually impossible to tell if symptoms remain due to a recurrent infection or if they’re due to residual damage from Lyme. “The current diagnostic tests just reveal whether someone has antibodies due to previous exposure to Lyme disease, so while they indicate if you’ve ever been infected, they don’t show whether or not you’re infected now,” explains Dr. Fallon.

HEALTH.COM: The Best and Worst Foods for Pain

A small subgroup of doctors argue that the condition is caused by residual bacterial infection and should be treated with long-term antibiotic therapy for months or even years. (Indeed, animal studies do suggest that Lyme infection may persist in some cases, Dr. Fallon says.) However, groups such as the Infectious Diseases Society of America frown on this approach. “There’s no research to show that this type of treatment works—several studies have shown that people taking long-term antibiotic for Lyme disease to treat lingering symptoms fare the same as those who take placebo,” states Chris Ohl, MD, an infectious disease expert at Wake Forest Baptist Medical Center.

Dr. Fallon allows for another possibility: Lyme bacteria are “very slow growing, so if you go off antibiotics but find your symptoms return within two to three weeks, it’s highly unlikely that Lyme is the culprit,” he explains. “But if they return within a few months, or even a year, you may have a recurrent infection” and thus may need another (short) course of antibiotics.

If it’s not really Lyme, what causes those symptoms?

It could be another condition entirely—such as another tick-borne infection. “It may very well be that [a patient has] developed an autoimmune disease such as rheumatoid arthritis, which was triggered by the Lyme disease,” adds Dr. Fallon.

“Most of the cases I’ve seen, we’ve done a thorough workup and eventually come up with an underlying condition like anemia, a thyroid condition, a viral infection like Epstein-Barr virus, or even hepatitis C,” says Michael Parry, MD, Thomas J. Bradsell Chair of Infectious Diseases at Stamford Hospital in Stamford, Connecticut.

If extensive testing reveals nothing, then most doctors recommend cautious monitoring and addressing the symptoms (for example, treating joint or muscle pain with either over-the-counter or prescription anti-inflammatory drugs). It’s also important to utilize therapies also used with conditions like chronic fatigue syndrome, including good sleep and exercise habits and, if needed, treatment for depression. 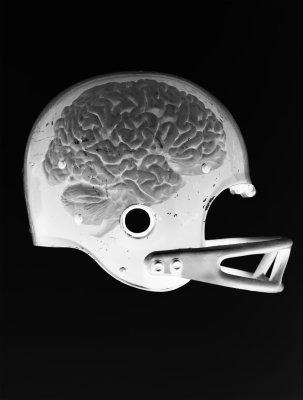 Even More Bad News For Young Football Players
Next Up: Editor's Pick