Unintended Pregnancies Decline Across the U.S.

The rates of unintended pregnancies have fallen in most U.S. states since 2006, according to a new report — though rates remained steady in a dozen states.

Between 2006 and 2010, 28 states out of 41 with data available experienced a drop in their unintended pregnancy rate of 5% or more, according to a new report from the Guttmacher Institute. Twelve states’ rates remained unchanged, and one state—West Virginia—had an increase of 5% or more.

MORE: The IUD: Why The Best Form of Birth Control is One No One is Using

The report notes that in 2010, more than half of all pregnancies in 28 states were unintentional and that the minimum rate for any state was 36%.

The states with the highest unintended pregnancy rates were Delaware, Hawaii, and New York, though the South tended to have higher rates in general. New Hampshire had the lowest rates.

“The decline in unintended pregnancy rates in a majority of states since 2006 is a positive development,” study author Kathryn Kost, a senior research associate for Guttmacher said in a statement. “However, rates remain twice as high in some southern and densely-populated states compared with those in other states—a variation that likely reflects differences in demographic characteristics and socioeconomic conditions across states.”

There’s been an increased use of the most effective contraceptives, like the intrauterine device (IUD), which has contributed to the drop in pregnancies. The report underlines double-digit drops in unintended pregnancy rates in Colorado, Iowa and Missouri, after conducting campaigns to promote the use of long-acting methods like the IUD and implant. 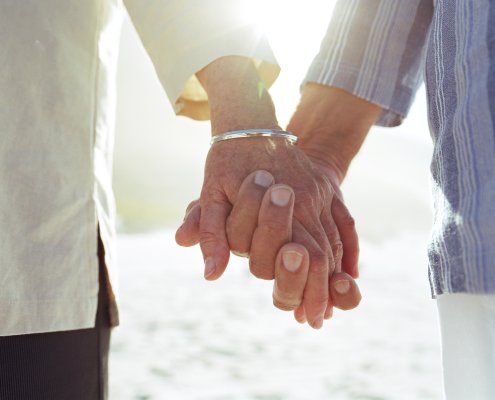 10 Rules to Make Your Relationship Last
Next Up: Editor's Pick