Sen. Marco Rubio, R-Fla., talks during a news conference at the Capitol in Washington on Dec. 17, 2014.
J. Scott Applewhite—AP
By Zeke J Miller

Three likely presidential candidates defended the growth of outside spending in politics Sunday evening at a forum hosted by a group affiliated with the billionaire Koch brothers.

The “American Recovery Policy Forum” hosted by Freedom Partners Chamber of Commerce featured Senators Ted Cruz, Rand Paul and Marco Rubio making their case to an audience of well-heeled business owners and featured sharp divisions over foreign policy. But one area of agreement a defense of the rights of billionaires and millionaires who are playing an ever larger role in the political system.

“Do you think there is too much influence in politics by super wealthy donors on both sides,” ABC News’ Jon Karl asked the presidential hopefuls in his final question as moderator. “As opposed to Hollywood or the mainstream media, you mean, or other multi-million dollar entities that try to influence American politics everyday,” Rubio asked, eliciting the loudest applause of the night.

Sen. Ted Cruz then got in on the action, lambasting Senate Minority Leader Harry Reid for his longstanding attacks on the Kochs, whose network is a powerhouse on the Republican side. “There are a bunch of Democrats who have taken as their talking point that the Koch Brothers are the nexus of all evil. Harry Reid says that every week. Let me be very clear: I think that is grotesque and offensive.”

“I would love to see more and more conferences five times this size, 10 this size, of citizens of small business owners across the country fighting to change the direction,” Cruz added.

Karl then asked the three whether they would guarantee that their supporters would not have special access to them should they win the White House. Rubio, speaking for the three, said that doesn’t happen. “We run for office and people buy into our agenda,” he said. “Most of the people who support us support us because they agree with what we are doing, not because we agree with what they’re doing.”

Sen. Rand Paul indicated he would support a narrow effort at campaign finance reform to restrict the political activities of those seeking government contracts. 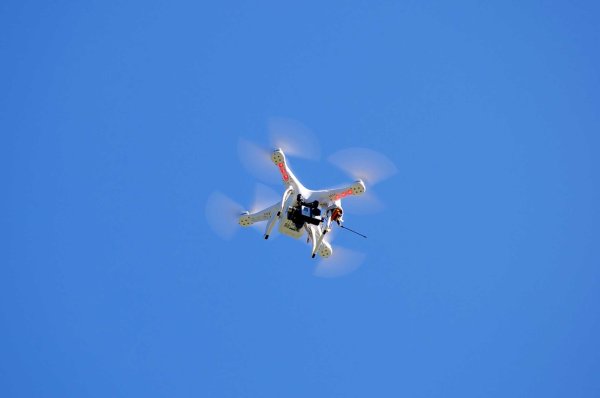 Drone Crashes Near White House
Next Up: Editor's Pick