Airlines Cancel Thousands of Flights Due to East Coast Blizzard

A plane is de-iced at LaGuardia Airport in New York City on Jan. 26, 2015.
Seth Wenig—AP
By Ben Geier / Fortune

Major airlines are preemptively canceling thousands of flights scheduled to come into and out of the East Coast of the United States as a potentially historic blizzard is expected to dump as much as three feet of snow and snarl transportation for tens of millions of people.

Flight-tracking website FlightAware.com noted Monday morning that around 4,000 flights have been cancelled for Monday and Tuesday. The post also said that almost all New York City flights will be cancelled Tuesday.

Delta Air Lines said on Sunday it will cancel 600 flights because of the blizzard warning, while United Airlines said it will cancel all Tuesday flights at airports in New York, Boston and Philadelphia. Beginning on Monday night, the carrier will limit operations at Newark, LaGuardia and John F. Kennedy airports in the New York area, a spokeswoman said.

Southwest Airlines said Sunday evening it would cancel more than 130 of 3,410 flights scheduled for Monday due to the storm, an increase from its earlier plan to cancel about 20 flights.

American Airlines said cancellation plans would not be finalized until Monday morning, but that the airline expected “quite a few” flights to be affected. Flightaware.com showed 637 flights canceled for Monday as of Sunday evening.

Nearly all of the major U.S. carriers have waived the change fee for customers flying from affected cities during the storm, reported USA Today.

Information from Reuters contributed to this report. This article originally appeared on Fortune.com. 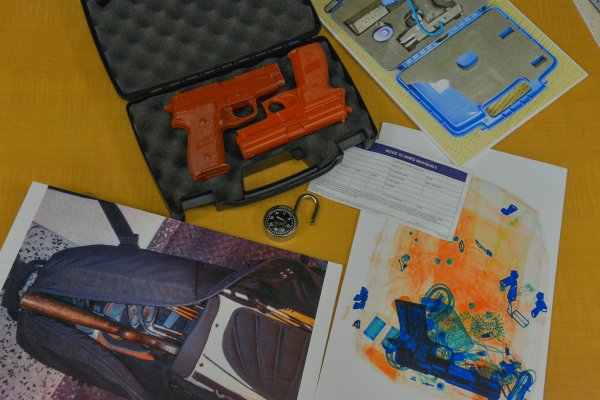 TSA Seized a Record Number of Guns in 2014
Next Up: Editor's Pick