New England Patriots head coach Bill Belichick talks to the media during a press conference to address the under inflation of footballs used in the AFC championship game at Gillette Stadium on Jan. 22, 2015 in Foxboro, Mass.
Maddie Meyer—Getty Images
By Jack Dickey

New England Patriots head coach Bill Belichick said Saturday that a vigorous preparation process and atmospheric changes—not any tampering by his team—were to blame for the deflated game balls used in the first half of the Patriots’ 45-7 win over the Indianapolis Colts in Sunday’s AFC Championship Game. According to Belichick, preparing the balls for use in a game artificially inflates their pressure, while taking them outdoors causes their pressure to drop.

In a soporific yet surreal press conference Saturday afternoon, Belichick offered what he said will be his final response to the unlikely “deflategate” uproar that has consumed much of the week. Like every press conference conference to result from this scandal, it offered a bonanza for the puerile-humor types out there. But it also had the equivalent of a high-school thermodynamics lesson.

Belichick said that a Patriots investigation this week found that a ball’s pressure might fall by a pound-per-square-inch or more when it leaves the controlled climate of the officials’ locker room and reaches its equilibrium on the field. He declined to comment on the particulars of Sunday’s atmospheric conditions and ball-handling protocol, referring those questions to the NFL.

Belichick said, “I’m embarrassed to talk about all the time I’ve put into this…I’m not a scientist.” He added, “I’m not the Mona Lisa Vito of the football world,” referencing Marisa Tomei’s Oscar-winning turn as an accidental tire forensics expert in 1992’s My Cousin Vinny. So who is? These questions need answers. 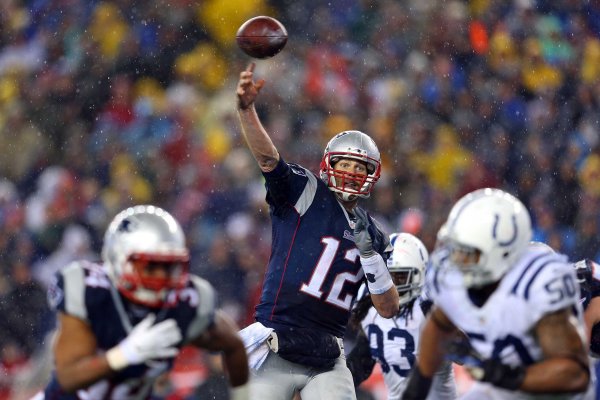 Deflategate Is Yet Another Bogus Scandal
Next Up: Editor's Pick