The political-themed Oscar firestorm season—or is it Oscar-themed political firestorm season?—has reached its height of late, with Clint Eastwood’s war flick American Sniper overtaking Ava DuVernay’s Selma as the preeminent flashpoint for all the grousing. (The film is up for Best Picture and Best Actor, among other awards.)

Thanks to their tweets, Michael Moore and Seth Rogen both spent the week on the receiving end of criticism from the pro-Sniper crowd, most notably Kid Rock. On Friday night’s Real Time with Bill Maher on HBO, the reliably cantankerous Maher suggested that Chris Kyle, the Navy SEAL played in the film by Bradley Cooper, is a “psychopathic patriot.” Maher also read excerpts from Kyle’s 2013 autobiography, the book on which the film is based, in which he called Iraqis “savages.”

But his critique may not have had much of an impact at the box office: Deadline reports the film made $18 million on Friday. 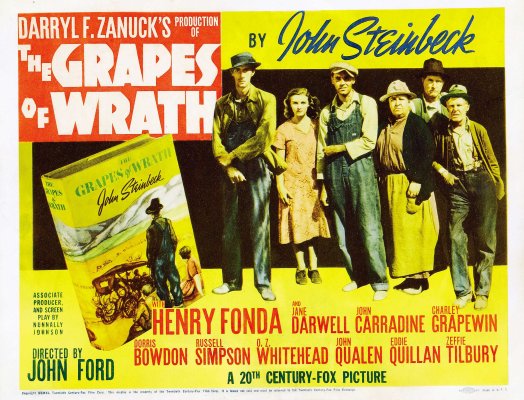 "We're the People": John Ford's The Grapes of Wrath at 75
Next Up: Editor's Pick