Bizarre Creatures Found Living Under Half a Mile of Ice

A National Science Foundation-funded expedition to the Antarctic has unearthed a surprising result: There are fish who live without sunlight under almost half a mile of ice in 28-degree water.

Scientists had never before sampled the Whillans Ice Stream, a river of ice between the West Antarctic Ice Sheet and the Ross Ice Shelf. The drilling mission, which began on Jan. 8, aimed to better understand climate change by recovering sediment and seawater samples for examination. A small, remotely operated vehicle would peruse the ocean floor and photograph rocks and whatever microbial life might be there. They expected little, because of the water’s extreme distance from sunlight (a major nutrient for underwater environments) and its clarity, which suggests an absence of food sources.

But the vehicle wound up attracting 20 to 30 fish, with other crustaceans as well. Researchers don’t yet know how the ecosystem functions, but they’re hopeful that the fish’s survival under such harsh conditions holds broader clues. 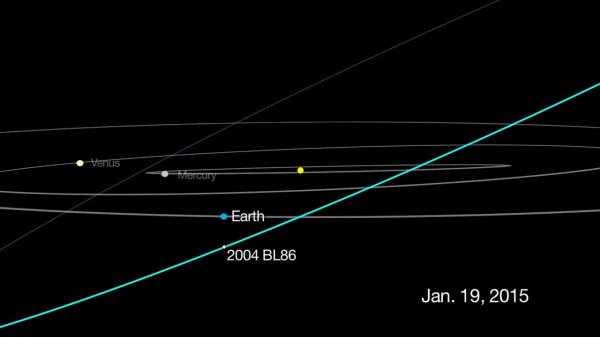 An Asteroid Will Fly Close to Earth on Monday
Next Up: Editor's Pick